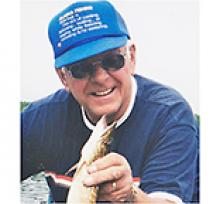 WALTER MALCHUK Walter Malchuk, of Sandy Lake, Manitoba, passed away on Wednesday, February 13, 2019 at the age of 85 years. Walter is survived by his wife Rose, stepsons: Dennis (Sandra) Malchuk of St. Albert, AB, Ken (Rita) Malchuk of Gravenhurst, ON and Don (Diane Arbez-Malchuk) Malchuk of Winnipeg, six grandchildren, brother Ernie Malchuk of Sandy Lake, MB, sisters: Stella Shindruk of Elphinstone, MB, Elsie Kowalchuk of Sandy Lake, MB and Olive Kowalchuk of Sandy Lake, MB. The funeral service will be held on Monday, February 18, 2019 at 11:00 a.m. from the Holy Eucharist Ukrainian Catholic Church, Horod, MB with Fr. Emil Kardasinec officiating. If friends so desire donations may be made to the Ride for Life, P.O. Box 3, Lake Audy, MB R0J 0Z0. Remembrances may be shared with the family at www.raesfs.ca Rae's Funeral Service of Shoal Lake and Erickson is in care of arrangements. (204) 759-2160