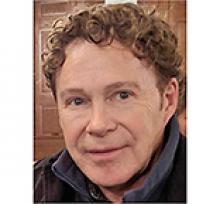 On Thursday, March 14, 2019, Dr. Kenneth Shwaluk passed away at the age of 63.
Kenneth was born on February 11, 1956 in Shoal Lake, Manitoba. He received his Doctor of Dental Surgery from the University of Manitoba in 1982 and graduated from the University of Calgary Cumming School of Medicine in 1989, where he later held a position in the Department of Surgery of the Faculty of Medicine.
Kenneth moved to Calgary, Alberta in 1984, where he focused on his passion for surgery, music, flying airplanes, painting and cars. He especially enjoyed collecting and restoring classic BMW cars. He had a keen attention for detail, which served him in dentistry, surgery and all of his hobbies. He expressed that he was happy he worked hard to help thousands of people over the years, as that was his destiny.
Kenneth was preceded in death by his father, William, and his mother, Jennie. He is survived by his siblings, Daniel, Robert, Patrick, Theodore, Marion, Rosalie and Laura, as well as five nieces and seven nephews.
The funeral service will take place on Saturday, April 6 at 10:00 a.m. at the Ukrainian Catholic Hall, Oakburn. Father Mykhaylo Khomitskyy will officiate.

Remembrances and condolences may be shared at www.raesfs.ca