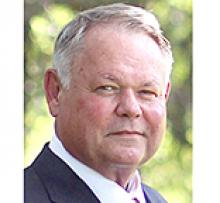 It is with heavy hearts we announce the passing of our beloved husband, father and Papa, on Sunday, August 4, 2019 at Clear Lake, Manitoba, at the age of 63 years.
Don was born on March 21, 1956 in Hartney, Manitoba to Donald "Ralph" and Alice Little (née Boulden). After high school, Don attended the University of Winnipeg where he completed a Bachelor of Arts (Honours) and met Barb, his wife of 40 years. He completed a law degree at the University of Manitoba and in 1981 moved to Brandon where he practiced law with Roy, Johnston and Co. for 16 years. He became President of the Law Society of Manitoba in 1991, was appointed Queen's Counsel in 1992 and became the President of the Federation of Law Societies of Canada in 1996. In 1998, he was appointed as a Justice to the Court of Queen's Bench (Family Division) in Winnipeg. He was a noted jurist, whose contributions to family law and the well-being of countless Manitoba families (and most particularly children) were immense.
More than anything, Don loved his family. When his children were young, he enjoyed family ski trips out west and in the summer spent his time at his cottage in Clear Lake, where he loved to play tennis every morning. He described himself as "an enthusiastic, but not especially accomplished downhill skier and a ferocious doubles tennis player." Upon partial retirement, Don developed a love of gardening and growing his own vegetables. When he wasn't working, he was puttering around in his yard, often with several grandkids in tow, all of whom were eager to help and listen to any story he had to share.
Don will be greatly missed by his wife Barbara (née Fraser); his five children: Nancy (James), Ainsley (Benjamin), Christopher (Eva), Jacqueline (Jesse) and Monica (Jerry); and his nine grandchildren: Maddix, Hailey, Luke, Emma, Noah, Adamik, Alex, Mark and Abigail.
A funeral service will be held at First Presbyterian Church, 339-12th Street, Brandon, on Thursday, August 15, 2019, at 2:00 p.m.
In lieu of flowers, donations in memory of Don may be made to the Children's Hospital Foundation of Manitoba "Cohen Combats Crohn's", CE501-840 Sherbrook St., Winnipeg, MB R3A 1S1, or donate online at http://chfm.convio.net/goto/cohen_combats_crohns; or to a charity of your choice.