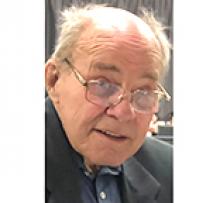 It is with great sadness we announce the sudden passing of John (Johan) Wolfe. John passed peacefully at his home on June 24, 2020, two days short of his 80th birthday.
John was born June 26, 1940, in the Morden area. He was predeceased by his parents, Jacob and Aganetha (Loewen) Wolfe; sisters, Maria Peters (David), Elisabeth Giesbrecht (John), Aganetha Hildebrant (Pete), Anna Friesen (Jake); brothers, Jacob Wolfe (Katharina), Cornelius, Frank Wolfe, and brother-in-law Reynold Klatt. He is also predeceased by numerous nieces and nephews, as well a second family to him, Henry and Anne Wall. Left to cherish his memory are his sister Susana Klatt, sister-in-law Katharina Wolfe, numerous nieces and nephews, great-nieces and nephews, great-great-nieces and nephews, as well as the Wall family children.
John worked for Henry Wall for numerous years as a landscaper, and would later move on to farming with him, then to dropping off the Winnipeg Free Press to local towns. He loved getting out and meeting people while dropping off the paper. John enjoyed numerous sports such as, hockey, curling, and wrestling. He also enjoyed going to the local fairs in Morden, Brandon and Austin Manitoba. He cherished spending time with his family, friends, and his cat, Kitty.

Rest in peace John.
You will be greatly missed
by your family and friends.

The graveside funeral service will be held on Thursday, July 2, 2020, at 2:00 p.m. from the Hilltop Baptist Church Cemetery, Erickson, MB. Physical distancing guidelines will be followed.
Remembrances and condolences may be shared with the family at www.raesfs.ca.
If friends so desire, donations may be made to a charity of their choice.