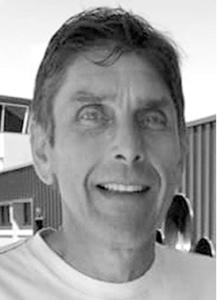 VOLEK: Mike passed away suddenly at the age of 60 years with his wife by his side on October 10, 2020 at the Brandon Hospital. Mike was born on January 17, 1960 in Melita, MB, the third son of Alice and Joe Volek, and was followed by three sisters. The family moved to Dauphin when Mike was a toddler, where he later attended elementary school, played many sports, enjoyed fishing and was a member of the Tropical Fish Club. In 1971, the family relocated to Brandon where Mike attended school at Linden Lanes and Vincent Massey and eventually took Political Science at Brandon University. Mike carried on with his love of sports where he played hockey, softball, tennis, was a member of the Brandon Water Ski Club and the Brandon Racquetball Association. Mike was instrumental in establishing a junior racquetball program in Brandon, a program that was later adopted in other parts of Canada. He spent countless hours coaching and playing racquetball, organizing and attending tournaments across Canada and internationally. Mike started his work life at Dairy Queen while in school. He later took a job a Brown's Drug Store where he managed the Photo/Video Department he would work there for almost 20 years and enjoyed every minute of it. He had an entrepreneurial spirit and later purchased the Photo Den in Carberry, where he worked for the next eight years. Mike had a passion for sales and politics, which led him to work for the Canadian Taxpayers Federation for five years, then to Brandon Chrysler Dodge where he rounded out his career in sales. Mike had a passion for working with children, which didn't stop at the racquetball courts. He and his wife, Linda, were foster parents to many children over the years, several of whom they remain in close contact with, have become chosen family members, or adopted. Mike had an amazing connection with his family, whom he loved dearly. He was in his glory at family gatherings and found joy in orchestrating the annual crokinole tournament. Although his health declined in the past few years he never complained, he stayed positive while doing everything he could to keep fit and healthy. Mike will be deeply missed by his wife of 32 years, Linda, his beautiful daughter and Bambino Dani, chosen sons James (Allison) Shepley and Blair (Haven) Burgess, and grandchildren Aurora and Athena Shepley. Also mourning his loss are his parents, Alice Beauselinck and Joe Volek, brothers Greg (Barb), Doug (Joyce), sisters Wendy, Lynda (Tony) Campbell, Kathy Ralph, brother-in-law Fred Kennell (Carol) and special nieces and nephews Cody (Larissa) Volek (Anika and Oliver), Alida Volek (Jordan), Travis Linski, Scott (Krista) Campbell (Calvin), Sarah Campbell (Dwayne Kraushar), Ryan and Lauren Ralph, Jenice (Thomas) Schneider (Nellie, Thomas Jr., Ava), Ken Bird (Ashley Sexton) (Thorian Bird and Kevin Sexton) and Selena Bird (Ken Mott) (Spence Mott). Mike was laid to rest on October 16, 2020 at a private ceremony at the Brandon Cemetery with Kim Lewarne officiating. Donations in memory of Mike may be made to the Westman Dreams for Kids, 404-18th Street N, Brandon, MB, R7A 7P3.