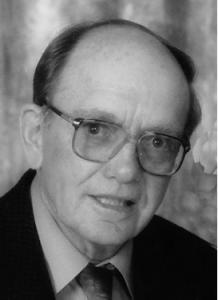 THOMPSON: Lawrence Earl Thompson, beloved husband of Freda, and father of Gord Thompson (Val), Audrey Gousseau (Marcel) and the late Lois Hudon (Brian), passed away peacefully October 26, 2020 at the Minnedosa Personal Care Home. He was 98 years of age. Also remaining to cherish his memory are his grandchildren Michael (Fareea Surtie), Robert (Kate), and David Gousseau, Mark( Kristen) and Scott (Brandi) Thompson, Kayla, Brendon and Matthew Hudon and great grandchildren Ashton and Brooklyn Thompson, Logan Gousseau and Blake Thompson. Earl was predeceased by his two sisters Evelyn and Margaret and parents John and Myrtle Thompson and his daughter Lois Hudon. Earl was born and raised in the Cadurcis district. He attended Basswood School and afterwards helped on the family farm. On August 7, 1947 Earl married Freda Wareham and they began their life together, residing on the farm where Earl grew up. Dad started farming with a mixed farming operation which continued until his retirement and move to Minnedosa in 1988. He enjoyed farming and would probably consider the establishment of a herd of purebred Hereford cattle as one of his greatest pleasures. Although he had a love of farming, he always held fond memories of his younger years working on threshing gangs and work bees with his family and friends. Earl always showed a keen interest in the history and settlement of Western Canada. Tracking and researching the history of his own family roots since arriving in Canada in 1878 was a passion. After retirement he became an active member of the Minnedosa Heritage Village Committee and enjoyed many volunteer hours working there with neighbours and friends. Earl's involvement with the community was considerable, from winning the W.S. Fraser leadership award for his many years of work with the 4-H organization to being a board member of the Minnedosa Credit Union. Other organizations he volunteered with included the Cadurcis Cemetery Board, Manitoba Pool Elevator Board, Basswood Seed Club, Cadurcis Church, Minnedosa Rotary, driving the handivan, and a life long member of the Minnedosa Prince of Wales Masonic Lodge. Special thanks are extended to the staff at the Minnedosa Personal Care Home for their excellent care of Dad since his admission in August 2019. The family would also like to thank Neil Cameron for the hours of time he dedicated to Earl during the last few years. A private family memorial service will be held at a later date with burial at Cadurcis Cemetery. Donations, if desired, can be made to the Minnedosa and District Heritage Village Committee at Box 2005, Minnedosa, MB, R0J 1E0.