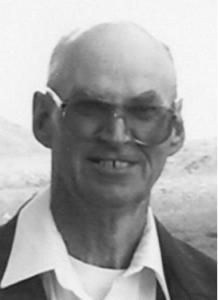 CAMERON: Hector Sinclair Cameron of Minnedosa passed away November 01, 2020 at Minnedosa Health Center at the age of 82 years. Hector was born July 24, 1938, the youngest of five siblings, and grew up on the family farm near Moore Park, Manitoba. He later began to farm the land with his father. He married Leonora Hutton (Instance) July 20, 1966. They had three boys; Ernie, Rick, and Tom. Hector farmed until 1998 when he retired. He then helped Leonora with their business providing homecare for seniors until just before Leonora's death in 2005. He eventually moved into Minnedosa. He was predeceased by his father Hector, mother Olive (Grant), brothers Niel and Don and sister Elaine. Surviving are his sister Jean Kristjanson, and sisters-in-law Marianne and Joyce. He will be missed by sons Ernie (Wendy), Rick (Karen) and their children Brock and Kaitlyn, Tom (Tara) and their children Josh and Jared, and many nieces and nephews. The funeral service was held at the family plot at Moore Park Cemetery on Friday, November 6, 2020. If friends so desire, donations may be made in his name to the Minnedosa Library or the Moore Park Cemetery.