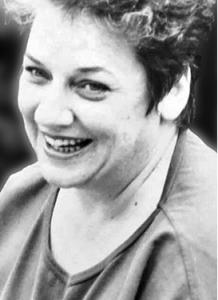 KAISER: Eline Kaiser (née Benadé) passed away December 24th 2020. Eline was the beloved mother of Carl Rudolph Kaiser (Germany) and Carina Visser (née Kaiser), grandmother of Mignon, Mia, Anya and Etienne Visser, mother in law to Gerhardt Visser and Martin Fehsenfeld and sister to Dr. Johan Benadé. Eline was born in South Africa on November 3rd 1945 to Johannes Tobias (Professor in Classical Languages) and Elizabeth Catherine Benadé (homemaker and bookkeeper). She graduated high school and went on to study education, majoring in Afrikaans and Latin. Eline taught high school students as well as middle school students. She loved children and to this day many of her old students have very fond memories of her. Eline married Hans Theodor Kaiser, a German Immigrant to South Africa, in 1969 and had two children; Carl and Carina. For the first two years of their marriage, Hans and Eline lived in Switzerland, where Hans was studying how to run an aluminum smelter. Their daughter, Carina, was born during that time. Eline could not speak a word of German when she left South Africa, but became fluent within a very short period of time. Hans and Eline sang in many different choirs together and shared a love of music. Eline also taught music and choir to middle schoolers and was an accompanist to many choirs. They lived in Empangeni, a small town on the east coast of South Africa, for most of their lives. After Hans' passing, Eline first moved to Cape Town in South Africa for a few years, then to Pretoria, and later to Canada to be closer to her four grandchildren. She also traveled quite a bit between Canada and Germany to visit her son, Carl, who is an opera singer at the Dortmund Stadtsoper to this day. Eline spent quite a few years working for Dr. P. de Muelenaere at Brandon Medical Arts as office manager until her retirement in 2017. She moved to Rotary Villas, where she has lived for the past three years. Eline loved being close to her grandchildren and attending their dance recitals, hockey and soccer games. She was an avid reader and loved cooking wonderful meals for the family. At this time, no formal service will be held. Cremation has taken place and a private family Memorial Service to honour Eline's memory will be held at a later date.