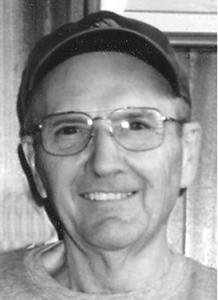 PROVEN: Donald Sidney Proven, July 13, 1934-January 3 2021. Don Proven was the son of Lucy Amy Woodcock and Sidney Proven of Clanwilliam, MB. He was born in Minnedosa, MB and was raised on the family homestead North of Clanwilliam. Don was predeceased by his parents, his brother Jim and his sister Betty. Left to mourn are his wife, Mary-Ella, his son Ian and wife Shelley and their children Loren and Liam, his daughter Beth and her partner Bass, his brother Herb and his wife Shirley and their family, his sister Ruth and husband Archie and their family, and his nephews Russ, Gordie and Kelly. Don was a first-class power engineer. Before he was married Don worked in Kitimat, BC, and on heavy equipment in northern Manitoba at Grand Rapids, Squaw Rapids and Churchill for Manitoba Hydro and at the Salt Plant in Neepawa until it closed. Later, he was the chief engineer at Carnation Foods (now McCain's) in Carberry, MB and later worked on the base at Shilo. At various times in his life, Don was active in golf, curling, bowling, hiking, cross-country skiing, camping at Killarney and cycling. He could fix anything and also built his parent's house, furniture and even a kayak. For a period of time one of Don's hobbies was cutting wood. He enjoyed doing puzzles, cross-word puzzles, brain teasers and math problems until dementia prevented him from enjoying them, but even with dementia he could still play cribbage and we enjoyed many games with him in his final years. When he was living in Winnipeg, Don was active in the Anglican church, and was a member of the Carberry Masonic Lodge. Don also enjoyed nature photography and travel. He hiked in many provincial parks in Manitoba and has taken thousands of photographs of animals, birds and nature. After retirement, he drove across Canada to Newfoundland and the Maritimes and later in his life he studied the French language so he could go to France and find the graves of his two uncles who died in World War One. After his retirement, he spent his winter months in Penticton to get away from the cold and so he could ride his bike. Don also attended the Winnipeg Goldeyes for a number of years and when she moved to Winnipeg his daughter had season tickets with him and his son and family regularly joined him at games. He also enjoyed watching his grandchildren play baseball. In his final four years, Don was cared for at Country Meadows care home in Neepawa. His family is grateful for the excellent care he got there. A private family celebration of life will be held at a later date. Donations in Don's memory may be made care of Country Meadows Activities, Country Meadows Personal Care Home, Box 1240, Neepawa, MB R0J 1H0.

Then Aslan turned to them and said:
"You do not yet look so happy as I mean you to be."
Lucy said,
'We're so afraid of being
sent away, Aslan.
And you have sent us back into our own world so often."
"No fear of that," said Aslan. "Have you not guessed?
...all of you are – as you used to call it in the
Shadowlands – dead.
The term is over, the
holidays have begun.
The dream is ended:
this is the morning."
And as He spoke
He no longer looked
to them like a lion;
but the things that began to happen after that were so great and beautiful that I cannot write them.
And for us this is the end of all the stories, and we can most truly say that they all lived happily ever after.
But for them it was only the beginning of the real story. All their life in this world and all their adventures in
Narnia had only been the cover and the title-page:
now at last they were
beginning Chapter
One of the Great Story
which no one on earth has read: which goes on for ever: in which every chapter is
better than the one before.
C.S. Lewis
The Last Battle