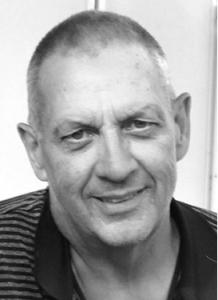 TROTT: Murray Howard Trott (April 21, 1957-December 29, 2020). Murray was born and raised in Minnedosa, a community for which he would always call home. After completing high school Murray began his lifelong career for CP Rail. Murray and Eileen were married in 1978 and were happy to raise their two children: Kelsey and Kaylan. Through his years, Murray was involved in many community organizations which included serving on Minnedosa Town Council, Kinsmen Club and various CP Rail committees. Murray was also active with Kelsey and Kaylan's activities and was often the chosen volunteer for many school activities such as band trips and field trips since he was well-liked by the kids and their friends. Murray's true passion was farming and often said that he could've farmed all of his life. He looked forward to harvest each year taking holidays to drive that John Deere combine. Even though his nephew Stu was thankful for the help, Murray appreciated the time spent on the farm more. Upon his retirement after 35 years from CP Rail, Murray took to more time on the farm through out the seeding/harvest season. Murray was an avid golfer who could make the game look easy. He shared his gift of the game leaving many great memories for us all. He spent many enjoyable hours golfing with his friends and family. Murray also enjoyed ice fishing, quadding, camping and spending time with all of the different groups of friends. A daily routine was going out to have coffee with friends whether in Minnedosa, Brandon or Oakburn. Murray's greatest gift was friendship and community service being the kind and caring person he was. He enjoyed spending time with all of his friends and family throughout his life and giving back to the community in any way he could. Murray will be missed and remembered by his wife Eileen, son Kelsey (Shelby) daughter Kaylan; grandchildren Makiya, Damon and Madelynn; step grandchildren Kaia, Brayden and Brielle, mother Frances and sister Arlene (Bernie) Wilgosh; brothers-in-laws and many nieces and nephews and especially lifelong friends. In lieu of flowers those may "do an act of kindness for someone or pay it forward" as this was Murray's motto in life. Memorial donations may be made to Rossman Golf and Country Club or Minnedosa Golf and Country Club or a charity of choice.