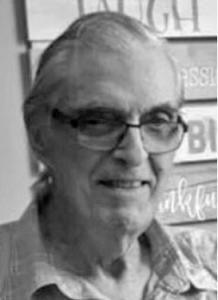 SCOTT: Gerald Douglas Scott, June 24, 1936 – February 9, 2021. Gerald passed away in the hospital on the morning of February 9, 2021 after a short illness that was unrelated to COVID 19. His was born in Brandon, Manitoba. Later in life he joined the Air Force in which he as an areo tech from 1956 -1981. He met the love of his life Doreen Garbed and they were married May 23, 1959. They had four beautiful children, Kelvin (predeceased in 1969); Ken (Dionne) and their children Julie and Nicole; Lynn and her children Vanessa and Kayla; Carol and her daughter Amanda as well as his nine great grandchildren. He is predeceased by his wife Doreen, parents Albert and Vera, and brothers Ivan Scott and Murray Scott. He will be missed by many. You could hear Gerald telling jokes or telling stories of when he was younger. He would talk about his phone calls to many of his nieces and nephews. He was member of the Royal Canadian Legion Branch 59 in Moose Jaw for 46 years and the Moose Jaw Eagles Club for 29 years. In 2016 Gerald moved to Regina to live with his daughter Carol. In keeping with Gerald's wishes no funeral will be held. Interment will take place in Brandon at a later date. In living memory of Gerald, a memorial planting will be made by Jones - Parkview Funeral Services.