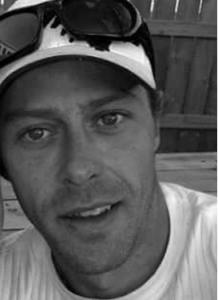 COPE: Jason Leslie. We are heartbroken to announce the death of our son, brother and father. Jay was born in Calgary September 4, 1981 and passed away there February 22, 2021. Jay spent his younger years in Brandon attending both JR Reid and Crocus Plains Schools. Eventually he would return to Calgary where he had success with his small roofing business. From school days until his death, he made many friends who will never forget his wicked sense of humor, quick witt and big, infectious smile..A handsome and charming guy....He was the life of the party and the happiest times were those spent with friends and family just having fun. One that stands out was trying to waterski, which, after a few years and plenty of effort he eventually accomplished!! Also, to our surprise...he informed us in the middle of a karaoke party that he always wanted to be a country singer..(we were surprised too)!! The last few years he fell in love with the freedom and solitude of riding his Kawaski Ninja..I believe it brought him the peace he so badly wanted and a temporary escape from the chaotic life of addiction. I'm very proudly give immense credit and admiration to my son for trying over and over again to recover, for never giving up. Jay was predeceased by both sets of grandparents and will be missed beyond measure by mum, Jacki Maginel, step dad Dean, his little sister and best friend in the world Kristin Cope, the true love of his life, his daughter Shayla Mary and her mom Maya Descamp of Calgary, dad, Darryl Cope of Trenton, Ontario, step sister and brother, Monique and Nolan Maginel of Joliet Illinois and many aunts, uncles and cousins. Love you forever my beautiful boy. If you would like to make a donation in Jason's memory, please send to the Joshua Jacks Centre (through the go fund me page) or by cheque payable to CHHA 1233 Rosser Avenue.