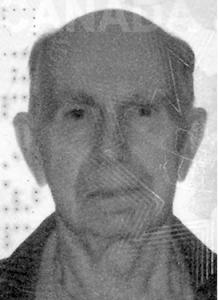 ARGUE: Gerald Lionel, September 4, 1932-March 25, 2021. It is with sadness that we announce the passing of Gerald peacefully at home in Winnipeg. Born in Moordale, Manitoba, the youngest and was the last surviving child of Ethel May Harding and Robert Herbert Argue. He was predeceased by siblings and spouses; Robert (Gladys), Reginald, Harvey, Ernest (Nellie), Lillian (Louis), Delannoy, Edith (Weidner), Nielson (Frank), Hazel (Carl), Larsen, Leslie (Gwen), and Gordon. Gerald is survived by sister-in-law Frances of Kelowna, as well as numerous nieces, nephews and friends made during his long career as an educator and mentor in many countries. Gerald started his career teaching in country schools in Manitoba, including Wapau, Brandon and Winnipeg, with CUSO in Ghana, Namibia, St. Lucia (CIDA) and Honduras. He setup many adult education programs dealing in business education. (Gerald's shorthand and typing were phenomenal!) Besides Manitoba, he lived in British Columbia (on Gabriola Island and in Abbotsford) before moving to Belize, then retiring in Honduras for twenty plus years where he taught in the bilingual schools. (Always THE teacher!) Gerald would like to thank his family and friends for their support upon his return to Canada the last three years. Just a few, Roger in Honduras, Patrick in Georgia, Belkis in Boston, Dan and Lee in Winnipeg, nephew Reg, nieces Sharon and Gloria. There will be no service according to Gerald's wishes. His remains will rest with his mother in Brandon. Think of Gerald kindly.