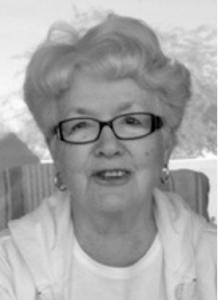 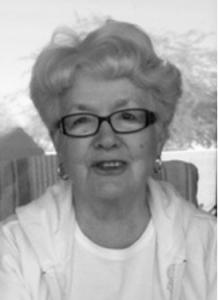 "For I know the
plans I have for you",
declares the Lord,
"plans to prosper you
and not to harm you,
plans to give you hope
and a future."
Jeremiah 29:11

Dorothy Anne Friesen was born in Tara, Ontario on October 15, 1935. She passed away at the Reston Health Centre on April 20, 2021. She was 85 years old. Anne was the 3rd youngest child in a family of 8 children. Anne attended Invermay School, and Tara Continuation School. She enjoyed music, especially playing the piano. In the summer of 1953, she came West to visit relatives and decided to stay, taking a job with Virden Drilling, where she met Art Friesen. Anne and Art were both patients in Ninette Sanatorium from the Summer of 1954 to the Fall of 1955. They were married in Tara, Ontario, in November 1956 and made their home in Virden for 48 years. Art passed away in the Summer of 2005. Anne continued to live in their family home until October 30, 2013, fifty years to the day they moved in. In June 2014 she took up residence in Virden's Princess Lodge. Anne committed her life to the Lord in 1960, realigning her life's priorities to God, family, church and work. Her faithfulness was rewarded as her time and talents were multiplied. Anne was church organist for over 40 years, played for weddings, funerals, accompanied soloists and school choirs. She led the "Explorer" program for girls at the Presbyterian Church, and in 1986 she became a member of the Virden Alliance Church where she assisted with youth programs including Awana, Pioneer Clubs, Sunday School, and provided Leadership on both the local and area Alliance Christian Women's program. When the children were older, Anne returned to the workplace, accepting the position of Secretary at the Virden Collegiate, then went on to join Braun and Braun of Brandon, MB as a real estate agent and finished off her years of work as a hairdresser. She valued time spent with family and friends, which of ten found her dining room and kitchen full at meal times. Anne liked to travel by car, and she and Art enjoyed many trips on and off the continent. She was both industrious and creative. Anne took up painting during her time in Ninette, capturing many of her favorite memories and places on canvas. She knit afghans for her children, and grandchildren, was an avid reader and at Christmas time she relished the challenge of a thousand-piece puzzle. Anne had a servant heart, always willing to help those in need; providing rides to Doctor appointments, preparing meals, and making phone calls or visits to the sick and shut in. Anne is survived by her loving children; son, Duff (Terry), granddaughters, Tamaris, (Kyle, great grandsons, Henry, Austin, Jace), Kieran and Hailee, Prince Albert, SK; son, Dale (Gayle), granddaughter Alexis, grandson Justin (Janae), Calgary, AB; daughter Janet Anne (Blair) Cross, grandson MacKenzie (Stephanie), granddaughter Morgan (Harry, great granddaughters, Sophia, Kinsley), Brandon, MB; son, Jim (Audrey), grandson Nicholas, granddaughters, Olivia and Isabelle, Brandon, MB; son, Lex (Lynne), granddaughters Paige and Kennedy, grandson Lex, Brandon, MB, sister, Jeanne (Jack), sister, Doreen, sister Carol (Keith), sister-in-law Wilda and numerous nieces and nephews. Anne is predeceased by her; husband, Art, parents, Thomas and Annie (Stephens) Duff, brother, Donny, brother, Steve, sister-in-law Betty, brother, Tommy, brother-in-law, Bob. The funeral service was held at Virden Alliance Church, April 27, Pastor Simeon Norton officiated. Interment will be held at Virden Cemetery at a later date. The family would like to offer their sincere thanks to Dr. Fitzgerald, Dr. Roux, Virden Hospital and Reston Health Centre staff for the kind and compassionate care they gave mom during her illness. If friends so desire, memorial tributes may be made to Virden Alliance Church, P.O. Box 685, Virden, MB, R0M 2C0, in memory of Anne.

E-mail messages
of condolence
or sign the online
Book of Condolences
at carscaddenfuneralchapel.com

FRIESEN: Dorothy Anne Friesen of Virden, Manitoba, beloved wife of the late Arthur Friesen, loving mother of Duff, Dale, Janet Anne, James, and Lex passed away at Reston Health Centre, Reston, Manitoba Tuesday, April 20, 2021 at the age of 85 years. Due to restrictions a Virtual Service will be held Tuesday, April 27 at 1:00 p.m. CT with Pastor Simeon Norton officiating. Interment will be in Virden Cemetery at a later date. Join the Live Stream of the service by opening Dorothy's tribute page on our website and click on "Speers TV" link. In lieu of flowers, memorial tributes in memory of Dorothy may be made to Virden Alliance Church, P.O. Box 685, Virden, Manitoba,R0M 2C0. E-mail messages of condolence or sign the online Book of Condolences at carscaddenfuneralchapel.com