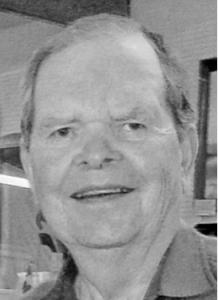 MANSELL: Frederick "Fred" Mansell passed away peacefully on Friday, April 23, 2021 at Freeman Estate, Brandon. Born at Hamiota, MB, May 24, 1935 to Arden Clark and Charlotte Isabelle "Belle" Mansell, he spent his youth on the farm at Foxwarren, MB. At age 17 years, with his parents' permission, Fred joined the Canadian Air Force training as an armament's technician. He served in New Brunswick and then was posted to France serving other temporary postings in Europe. Returning to Canada he was retrained on armament control systems and instructional techniques, serving at Clinton, ON as an instructor before moving on to work on "heavy" radar systems along the 'Pine Tree' line. While posted to Nova Scotia, he met Maureen Amiro and they were married in 1972. Fred retired from the armed forces after 25 years of service in 1977. He was a lifelong 'student', studying bookkeeping/basic accounting and income tax preparation. In 1980, he and Maureen purchased the Minnedosa Bowling Lanes. Upon selling the business in 1995, they retired and moved to their cottage at Shoal Lake. Winters were spent in Brandon where they were active members at Seniors for Seniors and the Swinging Seniors bowling league. Leaving cottage life behind, they moved to Brandon in 2010, taking up an interest in lawn bowling and floor shuffleboard. Fred's sense of humour and gentle spirit were notable until his passing. The Bahá'i Faith became a major force in Fred's life providing spiritual direction and purpose. He and Maureen were active members of the community and look to faith for strength and comfort at this time. Fred will be lovingly remembered by his wife Maureen; daughters Lynn (Doug) Chamney and Lori (Michael) Taylor; sister Ardena Page; brothers Waine (Caroline) and Graham (Diana); grandchildren Alison, Ryan, Nathan, Rachel, Paul, Kyle, Amanda and Tammy; thirteen great grandchildren and many nieces and nephews. A private graveside service was held at Hamiota Cemetery. Donations in memory of Fred may be made to Brandon Seniors for Seniors, 311 Park Avenue East, Brandon, MB R7A 7A4, Alzheimer Society of Manitoba, Unit 4B 457–9th Street, Brandon, MB R7A 1K2 or to a charity of your choice.

"Verily, we are God's,
and to Him shall we return."
- Bahá'u'lláh
Expressions of sympathy may be made at
www.memorieschapel.com