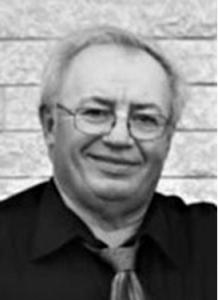 TYSCHINSKI: It is with great sadness that the family of Philip John Tyschinski announces his sudden passing on April 26, 2021 at the age of 77 years. Philip, the son of Stanley and Helen Tyschinski, was born in Grandview, Manitoba on May 29, 1943. He attended the rural school of Gilbert 2210 near Shortdale, Manitoba and highschool in Bield and Roblin Collegiate. After leaving school, Phil spent three years hauling cordwood for Spruce Products Ltd in the Duck Mountain area. In the summer of 1965, he was employed on the pipeline where they laid 90 miles of pipeline between Dauphin and Russell. In 1964, Phil met his future wife Marie Chalanchuk at a Christmas concert in Gilbert where he played the role of Santa Claus. Phil and Marie were married October 30, 1965 and in 1966 they purchased land in the Rounthwaite area where they farmed until 1973. In 1973, Phil and Marie moved to Sandy Lake where he was employed by Manitoba Pool Elevators as an assistant grain buyer. Phil was promoted to manager in 1974 and retired in April of 1982. Farming was in Phil's blood and in 1974 they purchased land four miles south of Sandy Lake where they lived and operated a mixed farm operation. In 1995, Phil began to work at the Clear Lake Golf Course as a shop mechanic and labourer and retired in 2019. In his retirement, he enjoyed working closely with his youngest son Kevin on his farm, working with cattle, fixing fences, general maintenance, and field work. Phil was always eager to tackle any project and definitely enjoyed a challenge. He was a devoted husband, father, grandfather, and great-grandfather. He enjoyed spending time with his family for special occasions and took and interest in their pursuits. Phil enjoyed hunting with his sons and grandsons and entertaining his political views with family and friends. Phil was predeceased by his parents, Stanley and Helen Tyschinski, brothers: Lawrence, Edward and Frank Tyschinski, and his father-in-law, George Chalanchuk. He is survived by his loving wife, Marie of 55 years; his children: Lori (Gary), Lonnie (Stephanie), Michael (Lavonne) and Kevin (Tracy); grandchildren: Garett (Kaylee), Orry, Hope (Harley), Holt, Connor, Eric, Owen, Jackson and Shay-Ann; great grandchildren: Crew and Wesson; sisters: Victoria (Barry) and Rose (Roger); sister-in-law, Mary and mother-in-law, Ann Chalanchuk and many nieces and nephews. Viewing for family and friends will be held on Saturday, May 1, 2021 at Rae's Funeral Chapel, Shoal Lake from 2:30 – 4:30 p.m. A graveside service will take place at the Roblin Cemetery, Roblin, Manitoba at a later date. He will be sadly missed by his family, friends and all that knew him.

Remembrances and
condolences may be shared at www.raesfs.ca