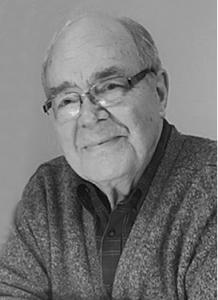 LARSEN: Clemm Erik, age 89 years, passed away on Monday, April 26th, 2021 at Brandon Regional Health Centre. Clemm was born in Plaster Rock, NB on December 21st, 1931. Raised in Apple River, NS, he was the son of the late Carl Madvig and Mary Alice (Field) Larsen. He joined the RCAF in 1949 and served over twenty-seven years as an Air Traffic Controller; retiring as a Master Warrant Officer. Clemm managed the Annapolis County Exhibition from 1977 to 1980. He was appointed to the Nova Scotia Health Services and Insurance Commission in 1979 and served as Chairman until 1991. Clemm belonged to the Masonic Lodge for sixty-six years and was a longtime member of the PC Party. He was an avid fisherman, gardener and genealogist. Clemm was very interested in the local history of Cumberland County, NS. He wrote two books, Away Down Shore and More Down Shore, which combined his personal recollections and detailed knowledge of the Cape Chignecto region. Many fond memories were made at his home in Wards Brook, NS overlooking the Bay of Fundy. After relocating to Manitoba, Clemm volunteered at the Commonwealth Air Training Plan Museum for many years. He is survived by his loving wife, Phyllis; son Kristofer (Lynne) Larsen, daughter Kathryn (Roger) Sturtevant, stepdaughter Trina (Stephen) Hayter, and stepson David (Melissa) Thickens. He also leaves to mourn his sisters, Herdis (late Ernest) Ferguson and Laura Dawn (David) Bezanson; grandchildren Tim (Nikki) and Nick Warren, Yvonne, Bianca and Carl Olivotto, Emma and Andrew Hayter and Foster and Greyson Thickens; great-grandson Jacob Warren and many nieces and nephews. He was predeceased by his daughter, Diane Larsen; brothers Peter and Olaf Larsen; sister Edith Fillmore and former wife, Susan. Memorial donations may be made to the CATP Museum, Box 3 Group 520 RR#5, Brandon, MB, R7A5Y5.