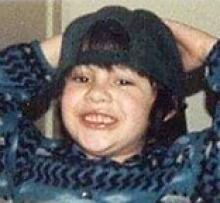 It's with heavy hearts, that we announce the passing away of Richard on April 19, 2021 at the age of 31.
Richard leaves to mourn his parents, Jean-Paul Grant and Susan Normand; his sisters, Judy and Sara Grant; grandmother Judith Normand; his nephews, Maciel and Noah Grant, extended family including Jessie Bousquet and Cody Garand, as well as other numerous friends thought of as family.
He was predeceased by his grandfathers, Donald Grant and David Normand; his grandmother Linda Morgan (nee) Lawrence, and his great-grandmother Rose.
Richard was an angel to this world. Despite his difficulties and ongoing battle with addiction, that's not how Richard is remembered. He was a kind-hearted man, his light shined so bright that it could replace the sun. He only came to people with love and put everyone else before himself. He would do everything he could to protect those he loved, and did anything in his power to make everyone around him smile. His favourite place was to be with those who loved him. This last year was especially hard for Richard and we are proud and grateful every year we had him a part of our lives.

He will be forever missed.

Richard's family kindly requests that his friends and relatives take a few minutes to honour his memory by visiting his tribute page at www.gilbartfuneralhome.com.