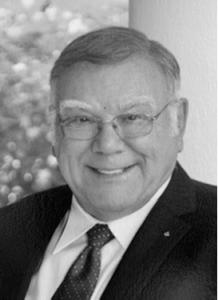 WINGROVE: Fredrick Charles. It is with great sadness that we announce the unexpected passing of Fred Wingrove on May 30, 2021 at the Carberry Personal Care Home. Fred was born in Brandon, Manitoba on September 16, 1936. He joined the British Royal Navy as a boy Seaman at the age of 14 and became an ordinary Seaman when he turned 18, serving for 12 years. While in England, he met his wife Maureen (Bridgett). They were married on July 8, 1961, and he returned to Canada with his wife and children, Carol and Jeffrey, in 1966, settling in Carberry, Manitoba. Fred worked as a correctional officer at the Brandon Correctional Facility until his retirement in 1995. He was very active in the Free Masons and attained the rank of District Deputy Grand Master in 1999. He received his 50-year jewel in 2020 and was Worthy Patron under the Order of the Eastern Star twice during that time. He was also a 50+ year member of the Carberry Legion. Fred enjoyed working with model trains, raising finches, gardening and genealogy, tracing his own family tree back to 1654. He looked forward to daily coffee outings with the Coffee Crowd in Carberry and took many a trip with Maureen and their friends after his retirement. Fred was predeceased by his parents, Fred and Mary Wingrove, and is survived by his loving wife Maureen, his daughter Carol (Vaughn) Thorsteinson, his son Jeff (Tracey) Wingrove, 4 grandchildren Nicole Phillips, Allison Phillips, Brendan Wingrove and Jay Wingrove, and 7 great-grandchildren. A celebration of Fred's life will be held at a later date.