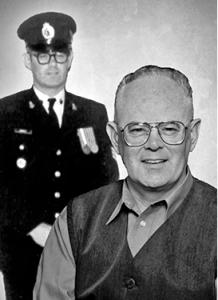 ARNOTT: David Alexander Arnott passed away peacefully at the Brandon Regional Health Centre on Sunday, June 6, 2021 at the age of 78 years. Dave was born on September 20, 1942. Early in Dave's life he lost his parents, leaving his siblings to raise him. This taught him a lesson early in life that you love them when you have them. At the age of 17, he joined the military where he traveled and trained all over the world. Dave was most proud of being a peacekeeper in Germany and Egypt. He retired after serving 26 years. He was able to pass along his love of the military to a few of his children and grandchildren. After retirement, Dave took on a few new ventures. He began working for the CNIB and CFS, as he was too young not to work. He was also an active member of the ANAF and Legions his whole life, where he enjoyed playing darts, pool, cribbage and all the social times spent with family and friends. Dave loved to play any kind of game and played darts and cribbage at the provincial level. In 1996, his cribbage team of his wife Lois, daughter Debbie and son-in-law Darryl, won many tournaments that led them to Maple Ridge, B.C. to compete in the Legion Dominion Tournament. Although they did not win it was a great family adventure trying to beat the best of the best, leaving them with many laughs and memories. Dave loved to read, write, play games, watch tv, do puzzles, computers, walking, biking and travelling. He enjoyed staying active and keeping fit. He biked and walked all over Brandon, either by himself, with Lois or Adam. Dave's grandchildren were important to him. He enjoyed teaching them games, attending their activities, whether it was hockey, soccer, baseball, swimming, cadets or their school activities. Time with the grandkids meant the world to him. During any of his adventures, whether it be swallowing bugs or falling off his bike, Dave saw the bright side of life, knowing he couldn't change what happened, so he made a great story of it and made us laugh. Most of all Dave enjoyed loving and being loved. He has left to mourn his passing his beloved wife, Lois; children: Mike (Kathy Chute), Rick, Robert and Debbie (Darryl) Sicinski and their families; step-children: Lisa (Shawn) Kerr and family, Darrell Kerr, Dave (Sheryl) Wilson and family, Lorna (Wilson) Vanegas Mesa and family, Sherry (Keith) Thiessen and family, Robert (Lenie) and family and special daughter-in-law, Darlene. Dave will also be remembered by his 19 grandchildren; 14 great-grandchildren and numerous nieces and nephews. Dave was predeceased by his first wife, Mary Cox in 1978 and second wife, Sharen Kerr in 1992.
A Celebration of Dave's Life will be held at a later date. Donations in memory of Dave may be made to a charity of choice. Messages of condolence may be placed at www.brockiedonovan.com.