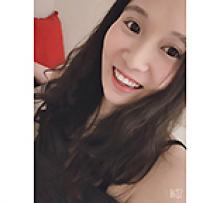 Ling-Ya was the name on her passport, (she was born and lived in Taichung, Republic of Taiwan) before we were fortunate to have her become a part of our lives, but to those of us who knew her, she was Sue. She was a devoted wife to her husband of four years, David Zack, and mother to her three children, Joanna (nine) and Rebecca (seven) from a previous marriage, and Abigail (fifteen months). She is also survived by her father and mother, fraternal grandfather, and three sisters in Taichung, ROC and many friends in Taichung, Winnipeg, and Gimli.
She will be sorely missed by her parents-in-law, Lawrence and Stephanie Zack; her sister-in-law Shannon Zack and Shannon's husband Greg MacDonald; and her brother-in-law Mark Zack, and his partner Margie Harris.
She was a beautiful person inside and out, but that was far outstripped by her abilities in many areas. In the house, she was a talented (trained) chef, a barber/hairdresser, a baker/cake decorator. Her hands had other skills as she was a whiz with a screwdriver and wrench, but as well she was an artist with a paintbrush, scissors, and a pair of crocheting needles. In the outside world, she was very organized, and hard-working; well-known for her wit, and her business acumen, as both an employee (Sobey's, assistant baker; Thai Plaza, sales) and a budding entrepreneur. She had started up a small business making costume bracelets and necklaces of her own design, from which some of the proceeds were being donated to the Gimli Humane Society and was in the process of starting up a clothing store, which would have been in Dauphin, where her husband's work was taking her family. Up to this point, she had lived all of her life in Canada in the town of Gimli, which, even though she came from a big city in Taiwan, was a town with which she fell in love, and which became her comfort zone. On Wednesday, August 25, she, David and Abigail were making their fifth trip to Dauphin, this time to look for a place to set up her business, and also to start the process for financing, when a freak road accident (no one but a deer was at fault) took her from us and left all of us devastated.
The funeral will be at Gilbart Funeral Home on Thursday, September 9, at 10:00 a.m., 309 Eveline St., Selkirk, MB.