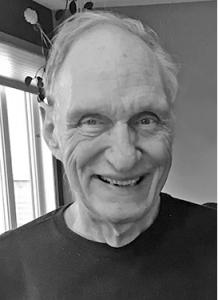 NEUMANN: James (Jim) Neumann (March 25, 1946 - August 29, 2021) passed away suddenly at home in LaSalle, MB. Jim was born in Deloraine, MB and raised on the family farm near Waskada, MB. Jim is survived by his daughters Jodi Neumann-Johnston, and Dana Ransom (Rick). Jim is also survived by his 5 grandchildren Cole, Chase, Shayne, IzaBelle, Jakob, his 4 sisters Joan, Betty, Lyn, Pat, and their spouses Don Hodgson, Gilbert Vigfusson, Barry Shannon, Harry Fraser, sisters-in-law Joan Neumann (Bob's wife) and Bev Flewwelling (Charlie's wife), along with numerous nieces and nephews. Jim was predeceased by his parents Henry and Ruth Neumann, and 3 brothers George, Charlie and Bob. Jim started his long career as a CGA at Versatile in Winnipeg, leaving there to own and operate Park City Products. Eventually in search of a slower pace Jim became the controller for the MB Egg Producers until he retired in 2015. Jim served on many boards most notably, the MB Food Processors, and was often awarded for his regular blood and plasma donations. Jim will be laid to rest in the Waskada Cemetery on September 18, 2021. He will be dearly missed by everyone who knew him. In lieu of flowers, donations may be made to the Heart and Stroke Foundation of Manitoba.