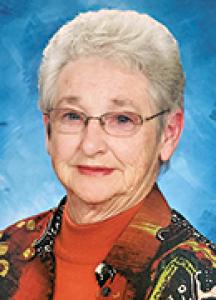 BROWN: On the morning of September 6, 2021, in her 85th year, Edith Mary Brown (nee Campbell) passed away with her loving family by her side. She grew up on the farm near Killarney. She told many stories of farm life in the 40s and 50s about wartime rationing, hunting and adventures with her brother Fred. Edie attended Highview School and Killarney Collegiate. She moved to Brandon to work as an MTS operator at age 16. Married at 21 to Clare Rankin, they had three children, Wayne, Dean and Susan, before Clare's sudden death in 1966. As a young widow with three kids and a farm to run, Edie was helped first by the kids' grandfather Alec Rankin, and in time, she married Clare's best friend Sherman "Shorty" Brown. Together Edie and Shorty ran their two farms, raised three kids and built a new house on the Rankin farm. Life revolved around curling and the boys' hockey. As the kids grew up, Shorty and Edie sold the cattle and started wintering in Mesa, Arizona, and later in McAllen, Texas. Much fun was had with new and old friends. In her retirement years Edie volunteered with Congregate Meals, Communities in Bloom and as a shuttle driver for seniors. She enjoyed singing in the choir at the Anglican Church. Edie was a wonderful cook. Family time centred around the kitchen, and something delicious always emerged. No sooner was lunch finished than the discussion of what to make for dinner began. All three of her kids became great cooks. Four grandkids arrived between 1992 and 1994: Taylor, Megan, Ali and Emma. Nobody enjoyed their grandkids more than Shorty and Edie. Edie was an especially amazing grandmother. She filled the house at Oak Point with dress up clothes and crafts and toys for the girls and she got the cousins together often for fun and mischief. Shorty died in 2000 and Edie spent the next few years travelling the world. She was on every continent, even Antarctica, about which she observed that "penguins are quite smelly." Declining health in the last few years clipped her wings, but she found comfort with good friends at Johnson Terrace. Edie is survived by her daughter-in-law Shelley Rankin and grandchildren Taylor Rankin and Ali Rankin, son Dean Rankin, daughter Susan Rankin (Jim) and grandchildren Megan Ross and Emma Ross, and by her sister Jane McKay (Larry) and nieces and nephews in Alberta. She joins her loved ones who passed before her: parents Guy and Pearl Campbell, first husband Clare Rankin, second husband Sherman "Shorty" Brown, son Wayne, and brother Fred. Service Details: Monday September 13, at 2 pm. Graveside Service in the Killarney Cemetery. Lunch to follow at the C.E. Center. The service will be available online in a few days. The family would like to express their gratitude for the excellent care Edie received from the team at the Assiniboine Centre in Brandon. Those who wish to honour Edie with a donation might consider the Heart and Stroke Foundation. Edie was a sweet and fun person. We are going to miss her.
Messages of condolences may be made online at
www.wheatlandfs.com