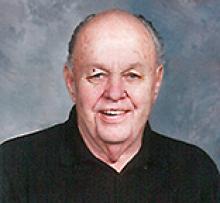 Our beloved husband, dad, brother, brother- in-law, uncle and Pastor has gone to be with his Lord in Heaven. Those who knew him, will remember him as a kind, humble man who valued everyone and loved to tease.
Pastor Terry wrote his own obituary:
Terry died with a thankful heart for the blessings he enjoyed in life. He was thankful to God for the wonderful wife he had in Lorna. He was also grateful for his three lovely daughters, Sandra, Karen and Carla; his sons-in-law, Peter Mandryk, Todd Cardinal and Gary Wilmott. His eight grandchildren were also very special to him! Madelyn, Rachel and Jack Mandryk; Ethan, Jacob and Luke Cardinal; Sydney and Charlotte Wilmott.
Terry was also thankful to the Lord for the various parishes he was called to serve, either full time or part time. And above all, Terry was thankful to the LORD for his forgiveness, love and mercy made known to all of us, through Christ our Saviour.
Interment is to take place on September 24 at 1:30 p.m. in the Selkirk Lutheran Cemetery followed by funeral service at the Lutheran Church of the Good Shepherd (106 Sawchuk Drive, St. Andrews.)
In lieu of flowers, donations may be made to The Lutheran Church of the Good Shepherd or Canadian Lutheran World relief.