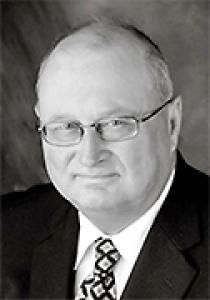 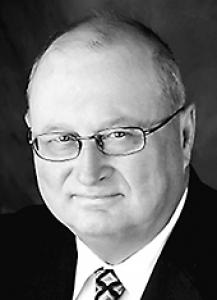 DOWHAN: Allen James Dowhan, FCPA, FCMA. It is with great sadness and a heavy heart that the family announces that Allen (Al) James Dowhan passed away at Dauphin Regional Health Centre at the age of 74 years on September 21, 2021. Al was born on April 22, 1947 in Winnipegosis, Manitoba. He was predeceased by his parents, John and Mary Dowhan. Al loved growing up in Winnipegosis and he enjoyed telling stories of his childhood adventures with his many life-long friends. He graduated from Winnipegosis Collegiate in 1965. From there, he attended the University of Manitoba where he received a Bachelor of Arts in Economics and a Bachelor of Commerce (Honours). Education was important to Allen as he also became a Certified Management Accountant (CMA) and later taught their Professional program and other courses, received a certificate in Adult Education, and became a Certified Financial Planner. In 1998, Al was awarded the Lifetime Achievement Award from the Society of Management Accountants. In his acceptance speech, he called this recognition, his "Oscar". Allen's professional career took him across the prairies of Canada as he worked for various organizations in a variety of roles, including stops in Medicine Hat, Calgary, Stettler, Regina, Saskatoon and The Pas. In 1986, Allen accepted a teaching position at the Assiniboine Community College (Parkland Campus) in Dauphin, Manitoba. For the next 25 years, Allen fostered and developed many aspects of Business Administration and other programs in various leadership capacities. His career ended at the ACC in a significant leadership position as he was director of the Parkland Campus in his last few years. He was very proud of his role with ACC, the growth of the College including expanding to include a day care, where he took time to read to the kids. In a 2011 interview with the Dauphin Herald he stated: "One thing in education, you don't get paid much, but you get paid over your lifetime in seeing the progress of your students." The many great qualities that Al lived by everyday were instilled in him at an early age including the importance of hard work, family, education, community, respect, and culture. He lived through those values, each and every day of his life, inspiring countless others to do the same. Al is survived by his wife, Sandra. They were married in 1991 at the Dauphin United Church and resided in Dauphin for the entirety of their relationship. The marriage of Allen and Sandra combined two families into one. Allen leaves to mourn his eldest son Bernie Dowhan (Michelle) of Calgary, children Grady and Taylor and his son, Gordon Dowhan (Kara) of Winnipeg, children Victoria and Brandon and his sister Eleanor Andreychuk of Dauphin, Manitoba. Al also leaves to mourn his step-son John Wilson (Cindy) of Winnipeg, children Madeleine and Hudson, his step-daughter Jennifer Balchen (Bayne) of Dauphin, children Rowan and Spencer and his step-daughter Jennifer Smith (Tom) of Ottawa, children Jakob, Grace and Kyle. Al will also be sorrowfully missed by his many cousins, nephews, nieces and friends. An essential component of his life was his passion for his community and people, this is reflected in the many different volunteer and community roles he took on in his lifetime. Al was elected to serve as City Councillor in Dauphin in 1998. For 23 years, he served the City of Dauphin in various roles, most recently as Mayor, since 2017. His passion for the communities of Dauphin, Winnipegosis and Manitoba was evident by the numerous boards, organizations, committees that he dedicated his time to, all in the effort to make his community a better one in which to live and raise families. Al was a member of the Dauphin Rotary Club for over 30 years and was very proud of the relationships that he developed. He was especially proud of the numerous projects he assisted with, which are lengthy, in scope and importance. Sustainability and active living were very important to Al. He enjoyed his time as Chairperson of the Communities-in-Bloom and Beautification program and was proud of the many recognitions that Dauphin received and projects that were completed together as they made Dauphin an even more vibrant and active community. He loved to volunteer and and was often behind the scenes of a number of organizations, including the Dauphin Public Library, Meals-on-Wheels, Winnipegosis 75th year reunion, the Dauphin Economic Development board, Dauphin Hospital Foundation, Theatre Amisk, St. Paul's Personal Care Home and Canadian National Ukrainian Festival in various roles (Al and Sandra were Hospodar and Hospodynia in 2016). Al had many hobbies and pastimes including gardening, BBQing, golfing, and watching sports. He always cheered for and tried to make time for the Dauphin Kings, Winnipeg Jets, Winnipeg Blue Bombers, Toronto Blue Jays, and Minnesota Vikings. However, he would put these aside in an instant to watch and support his boys in their education and sporting events, and especially his grandchildren in their various games, recitals, and activities. Al leaves behind a lasting legacy of love, kindness, selflessness and an unending pride and passion for his community that will carry on through all who were lucky enough to know him. The family would like to extend thanks to Dr. Cavers and the Team at the Dauphin Hospital, including Devon, Kelly and Franklin for their care and compassion during Al's illness. The memorial service for Allen Dowhan will take place on Saturday, September 25th at Dauphin Ukrainian Catholic Church. He will be cremated and laid to rest at the Dauphin Riverside Cemetery. Any donations in memory of Allen James Dowhan can be forwarded to the Dauphin & District Community Foundation. Born on Earth Day, it was always important to Al to plant trees for future generations to enjoy. It was Al's wish that friends and family plant a tree in his memory. Pathways Funeral Services (https://www.pathwaysfunerals.com) can also facilitate and arrange the tree planting if friends so desire.

DOWHAN: Allen James Dowhan. Mayor Allen Dowhan of Dauphin, Manitoba passed away on Tuesday, September 21st, 2021 at the age of 74 years. A funeral service will be held for Allen on Saturday, September 25th, 2021 from the Ukrainian Catholic Church of the Resurrection in Dauphin, Manitoba at 10:00 a.m. with the Very Reverend Fr. Oleg Bodnarski officiating. Interment will take place in the Dauphin Riverside Cemetery. Due to the current Public Health Orders the funeral service will be by invitation only and can be live streamed from the Pathways Funeral Services Facebook page, or at www.pathwaysfunerals.com beginning at 9:50 a.m. on Saturday, September 25th. Should friends so desire donations in Allen's memory may be made to the Dauphin & District Community Foundation or they may plant a tree in Allen's memory.