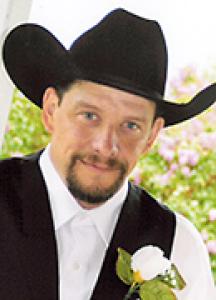 INGLIS: Johnathan Garth, age 45 years, passed away on Sunday, September 19, 2021 at the Brandon Regional Health Centre. John was born in Brandon on January 4, 1976 to Garth and Deb Inglis. Growing up on a farm near Rapid City, John attended Rapid City Elementary and Elton Collegiate. He enjoyed playing baseball, hockey and curling; he was a member of the 4-H Beef Club, showing cattle at various events; liked horseback riding and rodeo, both watching and a short try at bull riding. John was a hard worker and always on the go. Throughout his life, he held various jobs including farming, working on the rigs in Alberta, trucking and most recently he worked for the R.M. of Oakview. When he wasn't at work, he was often helping out with the family cattle and other farmers in the area. Family was John's pride and joy; he was truly a family man, and his family was everything to him. He enjoyed helping his children with 4-H, hockey and anything else they were interested in. John will be lovingly remembered by his wife Amanda; children Wyatt, Alyssa, Sierra and Chance; parents Deb and Garth Inglis; brother Tim (Tracey) Inglis; sister Sam (Joel) Carpenter; parents-in-law Cindy and Doug Sigvaldason; sister-in-law Rebecca (Keith) Houston; brother-in-law Mike (Paige) Sigvaldason; nieces and nephews, aunts and uncles and cousins. He was predeceased by his grandparents John and Bertha Sibbald and Roy and Dorothy Inglis; cousin Leon Houle; and uncles Leo Houle and Don Inglis. A private funeral service was held Friday, September 24, 2021 with Rev. Cliff Paul officiating, interment followed at Rapid City Cemetery. Expressions of sympathy may be made at www.memorieschapel.com