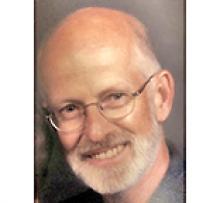 Peacefully, at his residence in Selkirk, MB, Ellis passed into the arms of his Saviour, Jesus Christ.
He leaves behind his beloved wife Geri McDonald, of 25 years, as well as his stepmother Betty; daughter Kristy Proutt (Russell) and grandchildren, Ethan, Chelsea, and Carson; son Greg (Beth) and grandchildren, Amelia, Elliot, and Harriet; brother Brain, and sister Bev Inglis (Bob). He was blessed as well with Geri's children, Kent, Casey (Ton), grandchildren, Justin (Karsen), Christian, Kyla, Alex, Sam, as well as great-grandchildren, Bodhi and Lindon. He will be greatly missed by their unofficial adopted son Kai Ming Guo (Yan Lin) and daughter Danica, sisters-in-law, Esther Ann and Denise, along with many nieces, nephews and friends. Ellis was predeceased by his infant sister Ethel Karen, his parents, Stanley and Lillian, nephew Randy, sister-in-law Geri, and stepson Todd.
Ellis was born in Winnipeg and attended Daniel McIntyre Collegiate. He was a graduate of United College with a degree in Commerce, leading to a lifelong career with the Government of Manitoba. Throughout this time, he demonstrated his gift of approaching all things methodically and, in the words of his father, successfully. Geri and Ellis both had a passion for ballroom dancing which is how they met. It must have been love at first dance! Upon retirement, they spent their winters at their home in Mesa, AZ and their summers in Spruce Sands, MB developing many lifelong relationships that they cherished. Their greatest common bond was the love they shared for their two dogs Sarah and Sassy.
Due to failing health, Ellis spent endless hours on his computer, whether it be researching or playing games for entertainment. Most of his time though was spent pursuing his family's ancestry, which was of great value to him. Files, files, and more files!
Thank you to Selkirk Community Church for their prayers and support throughout the years. Gratitude goes out to Gilbart Funeral Home for their personal heartfelt service and guidance we have experienced throughout the years.
A celebration of Ellis' life will take place at a later date.

Condolences may be left on his tribute wall at www.gilbartfuneralhome.com