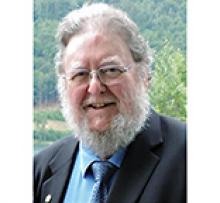 William Paul Gordon passed away peacefully at St. Boniface Hospital, Winnipeg, Manitoba on Thursday, October 14, 2021, at the age of 75 years. Bill received wonderful care in Brandon and at St. Boniface Hospital after suffering a heart attack, and had his wife Kathleen (née Granger) and son Patrick at his side, with daughter Emma and son-in-law John, in Shanghai, and daughter-in-law Andrea, in Toronto, with him virtually.
Bill was born on May 14, 1946 in Weymouth, England. From a very young age Bill had a passion for classical music and playing the French horn, and his education included frequent trips into London as a teenager to study and play (memorably once leaving his French horn behind on a late train home). He received an Associate of the Royal College of Music degree from the Royal College of Music, London. Bill played as a freelance musician in London, and then took a position with the Ulster Orchestra, Belfast. He had memorable stories about living in Northern Ireland during The Troubles.
In 1967 he immigrated to Winnipeg, where he taught band at Gordon Bell and Sisler High Schools and played part-time with the Winnipeg Symphony Orchestra. In 1970, Dean Lorne Watson recruited Bill to join the faculty of the School of Music at Brandon University (BU), where he taught for 43 years full-time and a further seven years sessionally, teaching French horn, music history, theory and numerous other classes, as well as a three-year period serving as Interim Associate Registrar. Generations of Bill's students remember him as a patient and kind instructor who often used his gentle sense of humour to get his point across. He loved conducting the BU Concert Band, Wind Ensemble and Orchestra, and upon his retirement was able to continue this passion by conducting the Mennonite Community Orchestra in Winnipeg for five years. Bill also took on an instrumental role in the design and construction of the Queen Elizabeth II Music Building in the early 1980s, and was amused and pleased when presented with a mock architecture degree from MCM Architects as a sign of their appreciation for his efforts.
Bill's time at Brandon University also introduced him to his wife Kathie; they were married in 1982, and Patrick and Emma were born in 1987 and 1990, respectively. Bill loved his musical family, with Kathleen being a now-retired elementary music school teacher and Emma serving as a band and choir teacher in international schools in Dubai and now Shanghai. Patrick played the bassoon, but is the black sheep of the family as he became a lawyer (don't worry, he wrote this part).
Bill's passion for music extended to his interests outside of work, including serving as President of the Brandon Festival of the Arts and of the Associated Manitoba Arts Festival. He was also very involved in various organizations related to his children's activities as they were growing up. He enjoyed travelling, particularly trips to Europe, Australia and across Canada to visit family and friends and attend family weddings. His interests also included cooking (especially Indian food, a long-time passion after having lived above a curry shop in London while in college), reading, Sudoku and watching sports.
Bill was predeceased by his parents, James and Elaine, and sister Fiona. He is survived by his wife of 39 years, Kathie; children, Patrick (Andrea) and Emma (John); siblings, Lucy (Rod), Alistair (Malee) and Elspeth (Simon), and many nieces and nephews.
In keeping with Bill's wishes, no funeral service will be held. A Celebration of Life will be held in summer, 2022.
If you so wish, gifts in memory of Bill may be made to The William Gordon Memorial Scholarship Fund at Brandon University Foundation by mail to 270 18th Street, Brandon, MB R7A 6A9, online at BrandonU.ca/Give or by phone: 204-727-7374.

Arrangements are in care of Brockie Donovan Funeral & Cremation Services, Brandon, MB, (204) 727-0694.
Messages of condolence may be placed at www.brockiedonovan.com