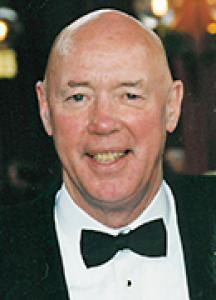 ROBERTSON: With great sadness we announce the passing of our beloved husband, father and grandfather, Duncan James Robertson on Friday, October 29, 2021 at the Brandon Regional Health Centre at the age of 82. Dunc will be lovingly remembered by his wife of 55 years, Mary, daughters, Allison (Ryan Johnston) and Ashley (Erik Holmlund) and grandchildren, Carlin and Rorie Johnston and Zach, Dania and Callie Holmlund; brother Ian (Collen, Accalia and Kendall) as well as sisters-in-law Phyllis, Irene and Ida and brother-in-law Tom and their families. He was predeceased by his parents Duncan and Jean Robertson and his in-laws Gordon and Irene Grose and Doris Grose. Dunc was born in Flin Flon, MB on December 7, 1938. He spend his early years in Virden, Manitoba while his dad was away at war before going back to Flin Flon. His family moved back to Virden where Dunc graduated grade 12 before going to Brandon College. After college, Dunc began working on geological surveys in northern Manitoba and Saskatchewan before working for Manitoba Highways. He earned his Manitoba Land Surveyors Commission in 1975. In 1977, Dunc purchased Lennon Surveys in Brandon, Manitoba where he continued working until his retirement in 2004. He served on several committees and on the Manitoba Land Surveys Council becoming President for 2000-2001. Over the years he was involved with Brandon BIA Board, Brandon University Alumni, sports fundraising and charitable work. Most near and dear to his heart was his 47 years of involvement with AA. After retirement Dunc and Mary spent a few years as snowbirds. Although these were very happy experiences his favourite remained the summers spent at the cottage at Oak Lake Beach. A Celebration of Life was held at Memories Chapel on Friday, November 5, 2021. Memorial donations may be made to the Heart and Stroke Foundation, 1379 Kenaston Boulevard, Winnipeg, Manitoba, R3P 2T5 or to a charity of choice.