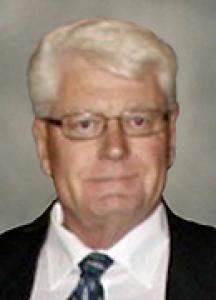 GOWING: Ronald "Blake" of Manhattan Beach, Pelican Lake, MB passed away at home on Saturday, November 6, 2021. Blake was born in Glenboro, MB on May 23, 1948 to Raymond and Eileen (nee Pearson) and spent his early years in Brandon, MB; Cardston, AB; and Inuvik, NWT. In 1963, the Gowings moved to Edmonton, where Blake attended Ross Sheppard High School. After a year at the University of Alberta, adventure called, and Blake moved to La Ronge, SK to run an expediting and taxi company. Here he met his future wife, Viviane (nee Denis). They settled initially in Edmonton, where they welcomed the arrival of their first daughter, Renee, in 1977. Their second daughter, Danielle, was born in Calgary in 1978. Wishing to raise their daughters near family, they moved to Viviane's hometown, Vonda, SK in 1979, where Blake became the General Manager of the Vonda Co-Op, after building his family's new home. Blake embraced the community and Viviane's large family. He was an active member of the Vonda Curling Club, a volunteer firefighter and served the community as its Mayor. In 1993, the family moved to Altona, MB, where Blake could be closer to his aging parents and his cherished aunt Myra in Southwestern Manitoba, and where he took on greater responsibilities as General Manager of the Sun Valley Co-Op. In 1996, Blake and Viviane moved to Moosomin, SK, where Blake became General Manager of Borderland Co-Op. In 2001, Blake lost his beloved wife, Viviane to a long battle with cancer. After a 28-year career with Federated Co-operatives Ltd, Blake retired to Pelican Lake in 2007, following in the footsteps of his parents. Throughout his retirement, Blake welcomed his daughters and other family members to Manhattan Beach every summer. He leaves to grieve his passing, his daughters Renee of Ottawa, ON and Danielle (Darcy Postlethwaite) of Winnipeg, MB, his twin brother, Blain Gowing (Marlene) of Edmonton, AB, and many brothers- and sisters-in-law and nieces and nephews across the country. He was predeceased by his parents and sister Chauna Maier (Wayne) of White Rock, BC. A virtual zoom memorial service will be held on Sunday, December 5, 2021. Interment will take place at Hillside Cemetery, Belmont a later date. For further information about the virtual memorial service please visit Blake's memorial page at www.memorieschapel.com. In lieu of flowers, donations may be made to the Heart and Stroke Foundation of Manitoba, 1379 Kenaston Boulevard, Winnipeg, MB, R3P 2T5.