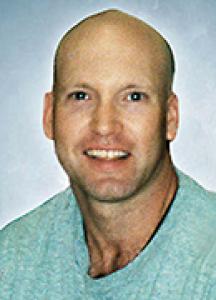 PRESTON: Scott Lorne. With heavy hearts, the family announces that Scott Preston passed away on Friday, November 12, 2021, at the age of 55 years at Oak Lake Beach, Manitoba. Scott was born and raised in Brandon, Manitoba and attended school at Riverview, Earl Haig, Crocus Plains and Assiniboine Community College. Scott was employed by the City of Brandon as a 4th class engineer at The Water Treatment Plant and recently celebrated his 30th anniversary with the City. He also worked at Oak Island Golf Resort for many years, which brought him closer to one of the sports he loved best. Scott was a natural athlete and excelled in every sport he participated in: baseball, volleyball, basketball, badminton, golf, ping pong, hiking and mountain biking. His passion was hockey - starting out at the East End Community Centre and playing for many other Brandon teams. Being a talented goalie, he was always called up to play on other teams, which earned him the title "Goalie for Hire." Scott Preston "the goalie" was a well-known name in the South West hockey circles. He played Senior Men's Hockey with Souris, Minnedosa, Pierson, and Reston. He was passionate playing for these teams and became lifelong friends with many of his teammates. These teams, coaches and their communities meant the world to him. Another highlight was his Friday afternoon hockey games with his Brandon and area buddies. On his bucket list was the Trek to Mount Everest Base Camp. He travelled to Nepal on three separate occasions and completed the trek to Base Camp. He celebrated his 50th birthday on Everest with his guide and the guide's family. He had plans to do a fourth trek. In 2015, he took on the huge project of building his home at Oak Lake Beach; designing, planning, building and doing most of the work himself. He had found the perfect spot, overlooking the golf course with a view he loved. Never one to sit still, he always had a home improvement project on the go. Always with a dog by his side, Scott was a kind-hearted person and would be humbled to know his nephews and so many friends looked up to him as a mentor and role model. Leaving to mourn his passing are his sister, Patti Samborski; nephews, Brayden (Sonia) and Mitchell Samborski; special friend, Nicki Hack and his best buddy, Oggie. He was predeceased by his parents Lorne and Marg Preston in 2001 and 2015. Thank you to all family, friends, coworkers, and neighbours who have reached out to us at this difficult time. As per Scott's wishes, a golf tournament and BBQ will be held next year to celebrate his life. Donations in memory of Scott may be made to Hockey Brandon -Unit E-315 College Avenue, Brandon, MB, R7A 1E7.