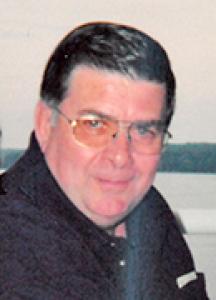 NORDSTROM: Brian Daryl passed away in Palliative Care at the Brandon Regional Health Centre on Monday, December 6, 2021 after a battle with brain cancer. Brian was very much a family man and took solace in his daily visits with his wife and daughter. Born in Minnedosa on March 18, 1943 to Gladys and Clarence Nordstrom, Brian attended both elementary and high school there. He met Ingrid, the love of his life in high school, and the two were married in 1964. A few years later, they welcomed their daughter Cynamon. As a family, they spent time camping, gardening, and enjoying their much-loved cats and dogs. They had a beautiful property on the beach road in Minnedosa before moving to Onanole in 1997, and then Brandon in 2008. Brian worked at Agristeel Ltd for several years as a welder and later in purchasing. He then moved into a career in the legal system that spanned almost 50 years; 30 years in rural courts as a Court Reporter and Provincial Court Magistrate, and 19 years as a freelance Special Examiner. Brian was predeceased by his parents Clarence in 1956 and Gladys in 2014. He is survived by his wife Ingrid, their daughter Cynamon (Bill) Mychasiw, grandson Ashton (Madi), step-sister Marge (Roy) McNabb, and in-laws Lillian, Ingvar (Karen), and families. A private family graveside service will take place at a later date. Donations in memory of Brian may be made to the BRHC Foundation for Palliative Care, 150 McTavish Avenue East, Brandon, MB R7A 2B3.