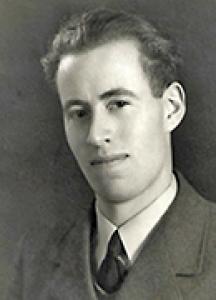 VINT: Elwood James, age 100 years, passed away on Tuesday, December 21, 2021 at the Brandon Regional Health Centre. Elwood was born to Percy and Edna (nee Livingston) Vint on the family farm near Nesbitt on December 10, 1921. He grew up on that farm with his two older brothers, Gordon and Lyle and younger siblings Grace and Ray. Elwood attended the nearby one-room Minne-wawa School through grade 9 with classmates Dalton Munn, Trav Fisher, Marshall Harding and Jim Taylor. Elwood's work life experiences were many and varied. At age 18, he spent the winter in Sudbury, Ontario cooking for his brothers Gord and Lyle and some of their co-workers while they worked at the nickel mines. While there, he took flying lesson off Lake Ramsey. Then in the spring, he went back to the family farm to work with his father. In 1941, Elwood went to Vancouver to take courses in aircraft construction and was then hired to work at Boeing Aircraft. Shortly thereafter, he joined the Royal Canadian Airforce and was stationed at Comox Airbase on Vancouver Island where he finished the Second World War with the Bombing and Reconnaissance Squadron. After discharge, he purchased the home farm through Veterans Land Act. For four winters he worked in Toronto at Avro Aircraft plant on the construction of the CF100 aircraft and was able to watch the development of the famous Avro Arrow. During this time in Toronto, he met his future wife Audrey Norman, and they were married in 1955. Elwood and Audrey returned to Nesbitt and began farming full time. In addition, they ran a radio and TV sales and servicing business out of the family home for over 30 years. Elwood and Audrey raised three children: Julie, Craig and Clay. Craig eventually took over the farm and Elwood and Audrey retired to Brandon in 2000. On December 10, 2021, Elwood thoroughly enjoyed his 100th birthday and related celebrations. Elwood is survived by his wife Audrey and their children Julie (Ken) Lewis, Clay (Loree) Vint and Craig (Norma) Vint, sister Grace Brook of Winnipeg, his many grandchildren and great-grandchildren, nieces and nephews. Elwood was predeceased by his parents Percy and Edna Vint and brothers Gordon, Lyle and Ray and sister Joyce in infancy. A graveside service is being planned for the spring.