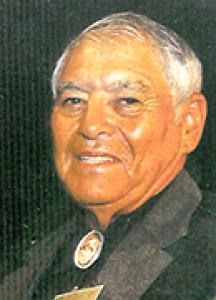 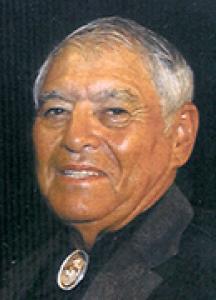 GOODON, Irvin (March 13, 1933 - December 28, 2021). Irvin lived a big life epitomized by love, faith and compassion. From humble beginnings, to a legacy of firsts, Irvin lived his mantra everyday: "Make your own tracks." He was a devoted husband, father and grandfather, passionate about the land, an innovative business-person, published author, craftsman, preserver of history and builder of community. Irvin was born to Métis parents in the Turtle Mountains of Manitoba in March 1933, just as spring thaw was bringing the promise of new life. He was raised in a small, traditional, Métis dirt-floor home, along with his five brothers and two sisters. Each of them had talents and ambitions to achieve success in their own lives nurtured by their parents. It became clear early in life that one of Irvin's many talents would be entrepreneurship. He left school in grade seven when he realized he could earn money on his trapline to contribute to the family household. Before long, he was harvesting and selling fence posts to local farmers, then starting a feedlot cleaning operation and his own sawmill. Known as the "Pioneer of Post Frame," Irvin changed the design of farm buildings in Canada by bringing post-frame construction to the country in 1963. He was renowned across the industry for his ability to accurately perform the complex mathematical calculation of board feet in his head at lightning speed - a critical skill for lumber buying. Under his leadership, the company grew to become one of the largest in Canada. His name dotted the landscape from Manitoba to BC and into the midwestern USA. But most importantly, Irvin created opportunities for others in the community to thrive and earn a healthy living for their families. When his partnership in the business ended with a painful betrayal, Irvin forgave. His deep and abiding faith allowed him to extend second, third and even fourth chances; he saw possibility and goodness in everyone around him. He believed in the power of beginning anew, as he did himself when he quit drinking as a young man. In 1965, Irvin married Marge Fehr, his partner in life. Marge was with him every step of the way as they built a home, welcomed children and expanded their business enterprises. Whenever Irvin had new ideas - which was often -Marge was there to complete the paperwork and help turn dreams into reality. Irvin and Marge were a true testament to what two people can achieve in their lives with love, faith and the support of family. Over the years, Irvin went on to build a western store, a convenience store and gas bar, three motels and a large farming operation. In 2005, Irvin became one of the first laureates of the Aboriginal Business Hall of Fame. For this great honour he was thankful to God, the Canadian Council for Aboriginal Business, and his family for believing in him. Irvin was humbled to receive several other awards for his businesses and contributions to the community throughout the years. Whether making tracks on foot, horseback, canoe, or snowmobile, Irvin was most at home in the natural environment of the Turtle Mountains. His freezer was always stocked with wild game and his potlucks were the stuff of legends. Friends and hunters would come from miles abroad to feast together on wild delicacies, then share the mic to tell stories of their own, often to much laughter. To continue sharing his passion of nature with others, Irvin built the Goodon Wildlife Museum in Boissevain, Manitoba. In recent years, when others would be slowing down in retirement, the artisan came out in Irvin. Antler chandeliers designed and crafted by him are found in homes across Western Canada. He authored three books including his autobiography Climbing One Pole at a Time, From Rabbit to Grizzly, stories of his hunting and trapping experiences, and Not Your Average Métis, a testimony of his life. Irvin also nurtured a large, bountiful garden, and tapped many a tree for its prized maple syrup. To the end of his days, Irvin remained proud of his Métis heritage. A final book, in progress but not yet finished, was on racism. Irvin experienced racism throughout his life, but in his true spirit of forgiveness, did not let it define him. If anything, hurtful comments and attitudes driven by ignorance only drove his determination to find happiness and success in all his pursuits. Irvin believed in helping those around him, in whatever way he could. He dedicated many years of service to his local church and gave generously to the camp and many other charities. Because someone shared the gospel with him, he was saved in 1976 at the Deloraine Evangelical Free Church. Above all, Irvin's love for his family was infinite. There are no words for his family to express how much they loved him back. From stick-shift driving lessons to remote northern fishing trips to long horseback rides in the park, he taught gently, laughed easily and helped his family make their own tracks. He was a one-of-a-kind man who will forever be missed. In addition to the many friends and community members who loved and respected him, Irvin leaves behind to mourn: his beloved Marge, his daughter, Laurie, son Will and daughter Jo, as well as the extended family of daughter-in-law Kelly Saunders and son-in-law, Alun Williams. Irvin had four grandchildren, Hunter and Taylor Goodon, and Bryn and Kerry Williams. Also mourning his loss are his sister Celia and brother Alec. A private service to celebrate Irvin's remarkable life was held January 3, 2022. In lieu of flowers, those wishing to honour him may make an act of forgiveness, or donate to the Terry Fox Foundation or Gideons International. Messages of condolence may be made online at www.wheatlandfs.com. A celebration of life will follow in the summer. When we set forth today to resume making our tracks, please remember that Irvin will always be with us, keeping an eye on us; guiding and surrounding us with love. While he is gone today, his tracks will live on forever.

GOODON, Irvin died December 28, 2021 at Evergreen Place PCH in Boissevain, Manitoba at the age of 88. He is lovingly remembered by his wife Marge, children, Laurie, Will (Kelly), and Jo (Alun), as well as their families. A private family funeral service was held Monday, January 3, 2022 at the Mennonite Brethren Church in Boissevain, Manitoba. A link to view Irvin's funeral service is available at www.wheatlandfs.com. Interment has taken place at Boissevain Cemetery. Donations in memory of Irvin may be made to the Terry Fox Foundation 543 St. Mary's Rd. Winnipeg, MB R2M 3L4 or Gideon's International of Canada Box 3619 Guelph ON N1H 6T9.

Messages of condolence may
be made online at
www.wheatlandfs.com.