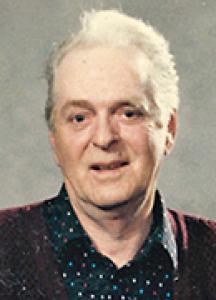 BOSMAN: Russell Bosman, age 94 years, peacefully passed away on January 1, 2022 at Hillcrest Place; 37 days after the passing of his beloved wife Mary. Russell, son of Melville and Ruby Bosman, was the youngest of two children and resided in Brandon most of his life. As a young lad he always had a deep love for dogs and spent much time with them. He also raised homing pigeons in the back yard, which he really enjoyed. Russell later moved to Jasper, Alberta and worked at the golf course, this began his passion for golf which continued throu-ghout his life. Upon returning to Brandon, Russell began working with CP Rail. He met and married Mary Wiens and they had three children: Peggy, Susan and Daniel. Some of his activities included bowling and fishing. The family cabin at Sandy Lake, then later at Clear Lake provided many years of enjoyment with the family. He and Mary travelled throughout Manitoba enjoying golf games at the many splendid courses the province has to offer. He also loved reading and watching tv, especially watching golf! Russell enjoyed spending time with his grandchildren, and they will all remember his wit and sense of humour. Russell is survived by his children, Peggy (Dwight) Edwards, Susan (Robbie) Hallgrimson, Daniel (Sheila) Bosman; grandchildren, Lindsay Edwards (Trevor Dickie), Brooke Edwards (Drake Watson), Travis (Janet) Hallgrimson, Derek Hallgrimson (Alyssa Barbero), Nicholas Bosman and Priya Bosman; great-grandchildren Jacob and Henrik Hallgrimson; and sister Irene Dolter. A private family service was held January 6, 2022 at the Brandon Cemetery. In lieu of flowers, donations in memory of Russell may be made to the Brandon Humane Society, 2200 – 17th Street East, Brandon, MB R7A 7M6.