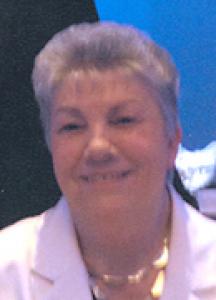 HENDERSON: Dawn Darlene Marie (nee McGee) Henderson, aged 72 years, passed away peacefully at the Brandon Regional Health Centre on Monday, January 3, 2022 after a battle with cancer. Dawn will be lovingly remembered by her husband of 51 years, Bill; daughter Erin Dawn (Kevin) Voodre; and son Darcy (Deanna). Dawn was very active with her kids, involved with Brownies, Girl Guides and baseball. She was also blessed with four grandchildren; she adored Aidan, Grace, Shae-Lynn Dawn and Kaleb, who affectionately called her Nana. Dawn was born March 6, 1949 in Selkirk to Frank and Katherine (nee Stefaniuk) McGee of East Selkirk. She attended St. Benedict's Academy for three years. Dawn married William Gerald "Bill" Henderson on April 11, 1970, and they celebrated their 50th wedding anniversary in 2020. Bill was employed with Manitoba Hydro and so they had the opportunity to know Manitoba by living in Thompson, The Pas, Selkirk, Gimli, and Brandon over the years. They settled in Brandon in 1987 and made it their permanent home. Dawn was very active in Kinettes and received the Elspeth Rogers Kinette Life Member award. More importantly, besides being a mother to her own children, she spent many years as a nanny or a second mom to Dan Donald, Krista, Adam and Bryce Carter and Courtney and Maddie White. She loved them like her own. Also left to mourn include her two brothers, Bill (Donna) of Beausejour, and Dale (Dianne) of East Selkirk; four brothers-in-law, George (Marlies), Bob (Elaine), Doug (Brenda) and Donnie; and many nieces and nephews. The family would also like to acknowledge the friendship and kindness of their neighbours and friends in Brandon, with a special hug for Gary and Garda Donohoe. The family would like to thank the doctors and staff at the Brandon Regional Health Centre for their care of Nana in her final weeks. A private family graveside service was held at the Brandon Cemetery. Flowers are gratefully declined. Donations in memory of Dawn may be made to the Canadian Cancer Society, 185 Sherbrook Street, Winnipeg, MB R3C 2B7.