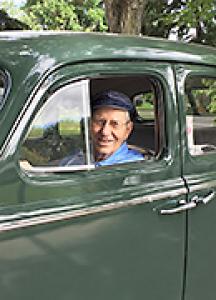 ANDERSON: Rev. Orton Cheney Anderson, aged 90 years, passed away on Tuesday, January 4, 2022 at Health Sciences Centre in Winnipeg. Orton was pre-deceased by his wife Jessie, his children, Brent, Susan, and Nancy, his brothers Elmer, Bill, and Jack, and his sister Margaret. He will be lovingly remembered by son Jeff (Carole), son-in-law Howard, daughter-in-law Melanie, James Musselwhite, sister Anna, grandchildren Sarah (James), Ellen (Andy), Erin (Dani), Holly (Cody), Sky (Shauna), Eliza, Brittany (Sean), and Jane (Brett), great-grandchildren, Averie, Gavin, Alix, Quinne, Levi, Boden, Nikolai, Charlee, Luna Rae, MacKenzie, and Charlotte, sisters-in-law Peggy and Lois, brother-in-law Bill, and many nieces and nephews. Born to Minard and Rosella Anderson on April 10, 1931 in Prince Albert, Saskatchewan, Orton grew up on a farm in Holbein with five siblings, moving to Prince Albert when he was six. Orton had many fond memories of busy and boisterous family times. Family was central in Orton's life. Orton married Jessie in 1955 and they enjoyed 63 years of marriage. Orton and Jessie had four children together, expanding the family over the years to include children's spouses, becoming Papa and Grammie to a host of grandchildren, and a growing collection of great-grandchildren. All were beloved and enjoyed in the family circle, embraced by Ort's patient, calm, and optimistic nature. Orton and Jessie enjoyed many travels with family, always stopping in to see acquaintances along the way. Faith was another central element in Orton's life, leading him to a life of ministerial service; in his early career, Orton was a minster in churches in St. George, Ontario and Calgary, Alberta. Following that, he was hospital chaplain in Weyburn, Saskatchewan and then at the Brandon Mental Health Centre. His involvement in ministry continued long into retirement as an officiant at many weddings and funerals and as guest preacher at church services in Brandon. Ort enjoyed golfing and bowling well into his 80s and was actively involved in the Brandon Kiwanis Club and the Memory Lane Antique Car Club where he proudly displayed the 1937 Buick car he restored himself. Through his community involvement Orton was always well connected to his neighbors and friends and he will be missed by them as well. Cremation has taken place. Orton's memorial service will be held at a time that more of us can gather together safely; details of this service will follow at a later time. Donations in memory of Orton may be made to the Manitoba Lung Association, PO Box 2040, Station Main, Winnipeg, MB R3C 3R3, or to CancerCare Manitoba, 675 McDermot Avenue, Winnipeg, MB R3E 0V9.