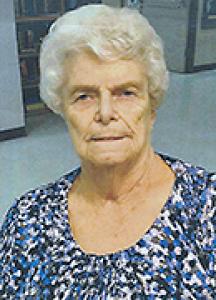 WEEKS: Shirley Allen Weeks, beloved wife of the late Jack Weeks, passed away on Sunday, January 2, 2022 at the Brandon Regional Health Centre. Shirley was predeceased by her parents Rowly and Evelyn Frederickson, brother Ronald Frederickson, son Roland Keith and her husband John "Jack" Mathew Weeks. She will be lovingly remembered by her daughter Deborah and son-in-law Robert Baker of Dauphin, son Dwain and daughter-in-law Cindy of Regina SK; grandchildren Clayton Baker (Tamala), Meghan Baker (Jake) and Katie and Brendan Weeks; and great-grandchildren Alexis, Connor, Austin, Bentley, Addison and Willa. Shirley was born in Prince Albert, SK on October 7, 1934. She spent her youth in Prince Albert, Humbolt and then onto Winnipeg. Following high school she worked for the Canadian Imperial Bank of Commerce where she met Jack. They were married August 5, 1955. They remained in Winnipeg until 1961, when they moved along with their daughter to Dauphin, MB. Sons Keith and Dwain were born in Dauphin. In 1977, they moved to Brandon, MB. Shirley's passions were gardening, cooking, knitting and sewing. She spent many years working in Fiesta Fabrics in Brandon where her love of sewing shone through. Over the years she was active in Girl Guides of Canada, Dauphin Horticultural Society, Dauphin Agricultural Society and the Brandon chapter of United Way. Shirley did not ski or ride horses but she spent countless hours being with her family as they participated in trail rides, horse shows and winter ski trips. She kept watch over everyone, family and friends. She was where everyone congregated to, where everyone checked in to, where lunch could always be found. The family will cherish Shirley's memory privately. Donations in memory of Shirley may be sent to Extendicare Hillcrest Place, 930 - 26th Street, Brandon, MB R7B 2B8.

Those we love don't go away, they walk beside us
everyday. Unseen, unheard, but always near, so loved so missed, so very dear.