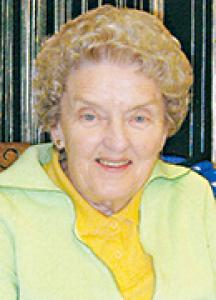 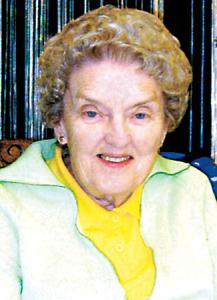 McCREATH: Eleanor Louise, age 92 years, passed away peacefully on Friday May 27, 2022 at Rideau Park Personal Care Home. Eleanor was born July 17, 1929 at Brandon General Hospital. She was raised on the family farm about a mile west of Kemnay with her parents Stanley and Elsie Carnahan and brother Gordon Carnahan. Eleanor attended school at Kemnay, Alexander and Grade 12 at Brandon College. As a young adult she came to Brandon and worked at Great West Coal and the Royal Bank. In those years she lived at the YWCA residence where she made lifelong friends and then moved to a suite at 7th and Louise with the Guthrie family. Eleanor and Bill McCreath were married on October 1, 1955 on the farm at Kemnay. The next year they bought their home at 427-23rd Street across from Fleming School and in the next four years had three children – Marie, Bob and Lisa. Bill worked as a travelling salesman and was often on the road from Monday to Friday. Eleanor stayed at home raising the family. Bill's father Cy McCreath (Poppa) lived with the family for many years. The family moved to Dauphin for three years from 1967-70. They were transferred back to Brandon, bought a home at 69 Elmdale Blvd and became a part of the Linden Lanes community. Eleanor re-entered the work force in 1975 working at CKX Radio and Television first as a bookkeeper and then as office manager. She retired from CKX in 1990 and went to work as the bookkeeper at the Colonial Inn until 1999, when she turned 70. Bill died in 1998 after a short battle with cancer. The next year Eleanor bought one of the pink condos at Carleton Place and lived there for 12 years, acting as Secretary-Treasurer for the Carleton Condo Association. For many years she volunteered at the Art Gallery Gift Shop unpacking and recording the artist's consignment pieces. She continued this volunteer role until she was 83. The people connections that Eleanor made over the years were very important to her. This included Bill and Eleanor's group of couple friends, the Grierson clan that were Bill's mother's family, her Carnahan and Humphries relatives, the lively group at CKX, the young people she befriended at the Colonial Inn, her children and grandchildren's extended family and friends and many neighbours over the years. Eleanor had many interests including baking, doing puzzles and compiling family history stories. She enjoyed music and was always very fashionably dressed. Many people will remember seeing Eleanor biking and walking many miles all over the City of Brandon. This was a passion for her that continued until her mid 80's. In her last ten years, as dementia affected her life, Eleanor moved first to Riverheights Terrace and then to Rideau Park Personal Care Home. Eleanor will be lovingly remembered by her children Marie Wotton of Brandon, Bob and Sharon McCreath of Neepawa and Onanole, Lisa Alfred and Bruce McMurrich of Winnipeg; her grandchildren Nicole Wotton and Ben Wykes (Kenora, Ontario), Janelle Wotton and Matthew Minor (Winnipeg), Pam and Andrew Hamilton (Souris), Derek and Melanie McCreath (Winnipeg), Mike Alfred and Cari Franco (Winnipeg), Julie Alfred (Cairo, Egypt); and her great-grandchildren Brantley and Berrin Hamilton and Marlow, Stella and Roslyn McCreath. The family will honour their Mom and Grandma privately. Donations in memory of Eleanor may be made to the Alzheimer Society, Unit 4B – 457 9th Street, Brandon, MB R7A 1K2, Canadian Cancer Society, 185 Sherbrook Street, Winnipeg, MB R3C 2B7, or a charity of choice.

"Go Rest High on That Mountain"