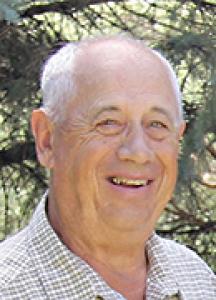 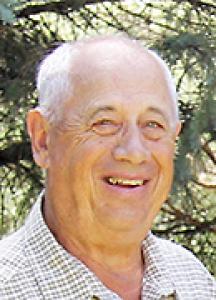 HEMSTAD: Norman Clifford Hemstad passed away with his family at his side on Wednesday, June 1, 2022 at the age of 80 years in Brandon, Manitoba. Norman Hemstad was born on the home farm on May 9, 1942 in Northern Light, Saskatchewan to Einar and Clara Hemstad. He was the eigth of 11 children (six boys and five girls). He was raised on a farm where he learned the value of family and hard work, and developed a longing to explore the world. Norm attended the University of Saskatchewan where he graduated with an Agriculture Degree. In 1964, Norm moved to Virden as the Extension Agriculture Representative with the Province of Manitoba. He married Trudy Holtmann, on May 3, 1969. They have two children, Cindy Tucker (Brett) and Scott (Kerry); and two grandchildren, Cole and Kendall Tucker. Norm was a Livestock Specialist for 35 years and loved every minute of it. He noted that farmers are the greatest people in the world. He enjoyed putting on seminars, attending fairs, cattle demonstrations, and field days. He was in involved in countless organizations such as the Provincial Exhibition Board, Ag Ex, the Brandon Winter Fair, Beef Cattle Associations, Manitoba Trade Missions and International Training Tours. Norm loved to travel the world. At 23 years old, he traveled to over 35 countries on a year long trip. He noted that the most enjoyable part of his travels was meeting the local people and learning about how they lived. During Norm's travels he faced a few precarious situations, such as being at gun point when he tried to sneak into a theater production in Egypt or being caught in the rip tide at Bondi Beach in Australia – only to be saved by his friend reaching for his finger tips to pull him to safety. Norm was not one to go to the typical tourist hot spots, but rather he preferred to go off of the beaten path. This is where he truly thrived and found happiness. Norm was passionate about sports and was very competitive. In his early years, he played baseball in his local communities. He participated on the University of Saskatchewan Wrestling and Football teams. He played baseball for the Virden Oilers, Neepawa Cubs and the Brandon Cloverleafs. He was known for being able to hit the ball and at times argue with the umpire when he disagreed with a call. He used his love of sports to network in any new community he joined and this often led to forming lifelong friendships, that he still has to this day. He continued his love of baseball by coaching little league, becoming the Chairman of the Senior Baseball league, organizing the Brandon Intermediate Baseball league and was eventually honored by being inducted into the Manitoba Baseball Hall of Fame in 2005. He was also an avid curler, winning lots of bonspiels and his career highlight was winning the Manitoba Senior Championship and finishing 3rd at the Canadian Senior Championships held in Edmonton. Norm also loved to golf. He was successful in winning the Manitoba Senior Golf Tournament and had Tamarack and Grey Owl success. He volunteered in countless sports organizations such as the World Curling Championships, Olympic Curling Trials, and chaired the Simplot Millennium Baseball Park project. He was always willing to help out when needed. In 1977, Norm and Trudy purchased a parcel of land on 50th Street. Norm and the family planted hundreds of trees, acres of corn, large gardens, giant pumpkins and grazed cattle. This was his happy place to relax, and enjoyed watching an abundance of wild life as well as entertain friends. Norm loved an adventure and was definitely a risk taker. He was always open to try something new and challenged himself to do so. In the late 1980s, he raised Ostriches and helped to promote the Ostrich industry by hosting a Taste of Ostrich and was the President of the Canadian Ostrich Association. Every decade he celebrated his birthday with a new adventure such as sky diving, white water rafting, hot air ballooning or zip lining. Norm cherished his travel adventures with his children and grandchildren; camping, hiking, skiing, playing games and snorkeling. He was loud and proud at their school and sporting events. Norm was a man who always had a smile on his face and time for a visit. He was hard working, kind, stubborn, competitive and loved his family and friends. Norm is survived by his loving wife, Trudy; children, Cindy (Brett) Tucker, Scott (Kerry); and grandchildren, Cole and Kendall Tucker. He is also survived by his brothers, Einar (Betty Anne); Harold (Beth); John (Bertha) and sister Darlene (Bill) Brace; many nieces, nephews, and cousins. A Celebration of Life was held on Friday, June 10, 2022 at the Victoria Inn.

HEMSTAD: Norman Hemstad passed away peacefully at his home on Wednesday, June 1, 2022 with family by his side. Norman will be lovingly remembered by his wife Trudy, and children Cindy Tucker (Brett), Scott (Kerry) as well as grandchildren Cole and Kendall Tucker. A celebration of Norman's life will be held at the Victoria Inn, 3550 Victoria Ave., Brandon, MB, on Friday, June 10, 2022 at 2:00 p.m. Complete obituary information to follow.