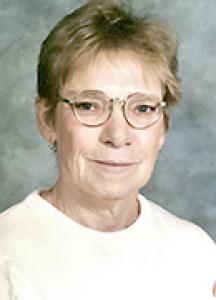 JUDSON: Donalda Judson passed away peacefully on Thursday, June 9, 2022 at the age of 74 years. She was born and raised in Brandon, Manitoba. Most of her years were spent there until Donalda decided it was time to move to Red Deer to be closer to her children. Donalda will be lovingly remembered by her daughter, Paula (Ron) Wozney of Red Deer, Alberta, her two sons, James (Cheri) Judson of Red Deer, Alberta, Richard Judson of Leduc, Alberta along with her seven grandchildren. She will also be sadly missed by her sisters, Marilyn Davidson of Brandon, Manitoba, Karen Lamoureux of Winnipeg, Manitoba, Dorothy (Stewart) McLeish of Osoyoos, British Colombia, Jean Wright of Chemainus, British Colombia, her brothers, Peter (Mel) Davidson of Regina, Saskatchewan, William Davidson of Edmonton, Alberta, Robert Davidson of Edmonton. A Graveside Service for Donalda will be held at a later date in Red Deer. Cremation entrusted to Parkland Funeral Home and Crematorium, Red Deer, Alberta. Condolences, memories and photos may be shared and viewed at www.parklandfuneralhome.com.