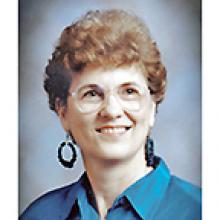 
In loving memory of Lena Alice Houston who left us to be with her parents, twin sister and husband on June 18, 2022.
Lee was living at Rideau Park Personal Care Home in Brandon, MB. Born in Squamish, BC on November 13, 1936, along with her twin sister Lily, to Fred and Eugenia Cluett. The family lived in Squamish until the Second World War broke out. They moved to North Vancouver where Fred worked as a welder in the ship yards. Lee started school in North Vancouver in 1941. The family then moved to Penticton, BC in 1946. When Lee was about 14 they moved again to Souris, MB and she finished her schooling with a Commercial Diploma. She packed her bags and headed to Winnipeg, MB where she was employed at Century Motors as a billing clerk. While working there she met Wanda Houston and they became roommates. Through Wanda she met her husband Richard Houston and they were married September 7, 1957. They lived on Carlaw Avenue in Winnipeg until Richard's sudden passing March 25, 1991.
She left Century Motors to open her own used book store (Family Book Exchange) on St. Mary's Road until she retired. Lee purchased a home on Brentford Road with a yard that she loved to tend to. Lee planted a garden and was always giving away her produce. Her flowers and grass were always very beautiful.
She entertained lots of family and friends on many occasions. She spoke fondly of her ever helpful neighbours. Lee was very active in her church, St. Mary Magdalene Anglican Church in Winnipeg. She loved singing in the choir and her Red Hat Ladies.
Lena has left behind her brother Bob Cluett and family of Whiterock, BC, her brother-in-law Bill Rolston, nephew Ralph (Tanya), Ella, Jack, Thomas Rolston, niece Maralee (Cam), Rhett and Madison Dodds, sisters-in-law, Wanda (Doug) Molnur and family of Ottawa, ON, Ila McGuinness and family of California.
Funeral service will be held at St. Mary Magdalene Anglican Church, 3 St. Vital Road, Winnipeg, MB on July 13, 2022 at 1:00 p.m. Interment to follow at Brookside Cemetery.


Messages of condolences may be made at www.kowalchuks.net