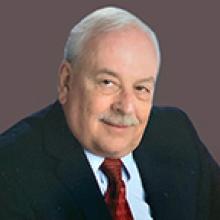 
With sadness we announce that Peter passed away peacefully, at home, at the age of 72.
He is survived by his wife and soul mate of 32 years, Nicole, and sisters-in-law, Louise Saragosa (Giuseppe) and Ghislaine Lacasse. Peter was predeceased by his parents, George and Jean Brass, brother Jim Brass (Sue) and sister Sharon McKinnon. He will be missed by his nieces, Kerri (Scott), Lindsay (Kyle), Heather (Nathaniel), Catherine, and nephews, Lucas and Julian. He was also extremely proud to be promoted to "great-uncle" status with the arrivals of Luke, Graham, Evelyn, Henry, Everly and Finna over the years.
Peter was born in Edmonton, AB in 1950. The family relocated to Winnipeg in 1958, when his father started the Faculty of Dentistry at the University of Manitoba. George purchased the family cabin at Falcon Lake in February, and Peter's love of the lake took hold. Many years were spent at Lot 63 Toniata, where there was always a dog by his side, and a cold beer in his hand. Peter graduated from University of Manitoba with both a Bachelor and Master of Arts, with a focus on History and Political Sciences. He attended the London School of Economics for post graduate studies in International History, and following his return to Canada, he received his Diploma in Education from Bishop's University. Peter spent over 40 years in the independent education system, first with Bishop's College School in Lennoxville, QC, and most recently St. John's Ravenscourt School (SJR) in Winnipeg until his passing. As a valued and respected member of the Senior Administrative Team, he held a variety of positions over the course of his time with the school, most notably Director of Student Services and University Advisor. Recognized as a leader in his field, he was responsible for developing SJR's University and Career Counselling program and founded such programs as the National Universities Fair, and the US Colleges Information Evening for parents and students of SJR and other schools in the province. He was a key architect of the CAIS Canadian Independent School Counsellors National Conference, as well as a member of the Senate Committee on Admissions for the University of Manitoba, and a Council Member of St. John's College. Awarded an SJR Distinguished Service Award in 2016 for his vision and tireless efforts to create these programs, students and alumni all highly respected him, and fondly speak of "Mr. Brass", even as adults.
When school was out, Peter and Nicole could be found spending summers at the cottage, enjoying the company of neighbours, good friends, Mark and Gloria, good food and family. They took many trips to Europe with their friends, Debby and Dave, Dennis and Carole and Michelle and Gary, with Nicole often planning the next trip on the way home. Upon retirement, the trips continued.
A celebration of Peter's life will be held on Sunday, July 17 at 2:00 p.m. at Thomson "In the Park" Funeral Home, 1291 McGillivray Boulevard.
The service will be livestreamed, for those who wish to view the service online you can use the following link: https://youtu.be/2gs9JZzdFk4
In lieu of flowers, donations can be made in Peter's name to the Scholarship/ Financial Aid Endowment Fund c/o St. John's-Ravenscourt School Foundation Inc., 400 South Drive, Winnipeg, MB R3T 3K5 or online at www.sjr.mb.ca.


THOMSON "IN THE PARK"
204-925-1120
This obituary may also be viewed and
condolences may be sent to
www.thomsoninthepark.com