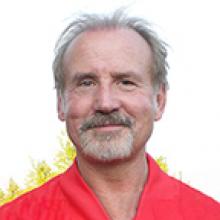 
Suddenly on March 4, 2022, while living his snowbird life in Mesa, AZ, Randy passed away at the age of 68 years.
Randy will be remembered by his daughters, Cassandra (Cass) and Miranda (Mandy) Summers and "newest but oldest" daughter Tamara Zastre (Brett); grandchildren, Emily and Alyssa; sisters, Nancy Batenburg (Ian), Faye Wankling (Ron Berkowski) nephew and nieces, Christopher (Michelle), Tracey (James) and Taryn Hughes (Ross), Pamela Hardman and Emily Wankling and great- nephews and niece, Tiger, Leo, Jacob, Emily and Nolan. Randy will also be missed by friends in MN, in Mesa, AZ and in Winnipeg, especially his west end crew, many of whom were lifelong friends. Randy was predeceased by his parents, Morris in 2000 and Helen in 2015.
Randy was born on May 19, 1953 and grew up playing plenty of sports. In fact, his assorted injuries to various limbs were a direct reflection of his love of sports. Always an academic, he was moved to classes for the "smart kids" but the old saying, "if only he would apply himself" was a recurring theme and no doubt his Mom would have had an easier time of things if he had. His love of sports translated into a love for the Vikings and the Twins, but even after so many years in Minneapolis, he would still cheer for the Jets and the Bombers.
Randy began his professional career with the Province of Manitoba in various administrative positions after learning early on that working for his Dad in his business certainly wasn't what he wanted to do. He was neither mechanically inclined nor even remotely handy with anything and he would be the first to say so. He put himself through university a little later in life and also had a period of being an entrepreneur in the newly emerging technology world. His skills were then pretty marketable in the dot.com times which led to a move to MN and the world of consulting. Always the Winnipegger looking for "deals", he sought out many interesting retail places in the Twin Cities area and would indulge his Mom in her own bargain hunting on her many visits there with his sister. He had a varied career both as a consultant and as an employee, excelling as a Business Analyst with some project management thrown in for good measure. In 2017, he traded in his professional IT title for his new one as Mr. Fun. In 2018, he was introduced to the snowbird lifestyle, where he could indulge his love of the sun and pool with a little golf thrown in all year round.
Randy's life will be celebrated on July 24 at 2:00 p.m. at the Fort Garry Legion Branch #90, 762 Pembina Hwy. This is being held as a fundraiser for Heart and Stroke, thus tickets are being sold and are limited. (Support Tickets also appreciated). See details at https://www.eventbrite.com/e/heart-stroke-fundraiser-to-celebrate-the-life-of-randy-stefura-tickets-379682549727


THOMSON "IN THE PARK"
204-925-1120
This obituary may also be viewed and
condolences may be sent to
www.thomsoninthepark.com