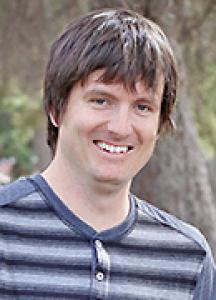 GREEN: Derek James Green, 35, of Reston, Manitoba passed away suddenly on Sunday, July 17, 2022 near Hope, BC. He was born in Brandon, Manitoba on September 15, 1986 to Lorne Green and Robin Duncan. Derek attended Rivers Elementary and Rivers Collegiate where he made many lifelong friends. He spent many days as a child digging with his toy backhoe and loader in the sandbox. Derek went on to operate heavy equipment in many industries and was most recently operating in the Pipeline Industry in Alberta and British Columbia where he made quite the impression on nearly everyone that saw him operate. Many coworkers became his family away from home with his witty one liners and ability to socialize in any situation. Derek was married to the love of his life Nicole Green (nee Waldon) on August 22, 2009. Derek took pride in his work, however his most gratifying achievement was his family. He loved watching the kids try new, exciting activities and enjoyed taking the family camping, fishing or even just playing in the pool in their back yard! In his spare time, Derek loved to take his Kawasaki out for a rip with his buddies or invite Nicole to double with him to the city and back. Derek was predeceased by his grand-parents and his 13-month-old son Clayton James Green who passed away July 2, 2014. He is survived by his wife Nicole Green and children Abigail (11), Silas (7), Emma (4) and Lincoln (2); parents Robin Duncan, Lorne and Susan Green; Nicole's parents Gerry and Christie Waldon; siblings Sheri-Lyn Green, Kaitlyn (Greg) Senkbeil, Karalee Aarhus; nieces and nephews Donovan and Dani (Sheri-Lyn), Grace and Max (Kaitlyn); and sister-in-law Kathryn Waldon (Jordan Barnes). Derek's wonderful life full of laughs, love and so many good times will be celebrated and remembered at the R.E.S Centre, 143 – 3rd Avenue, Reston, Manitoba on Sunday, August 7th, 2022 at 3:00 p.m. followed by a luncheon in his honour. Flowers are gratefully declined. Donations in memory of Derek may be made at any Sunrise Credit Union or contribute to the GoFundMe, https://gofund. me/f71327ce, which has been set up to help support Derek's wife Nicole, and their beautiful children during these difficult times.