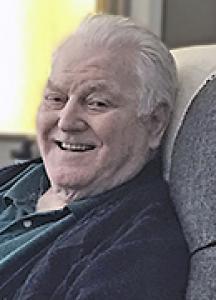 HUNT: Howard Edward Hunt passed away peacefully at the Brandon Regional Health Centre on Thursday, July 14, 2022, at age of 90 years old. Howard was born on May 10, 1932 in Sherborne, Dorset, U.K. and was the eldest of three brothers. Growing up on a small dairy farm in Dorset, U.K. he attended a local village school. At the age of 14, Howard left school to work on the family farm, looking after the poultry, milking the cows, and rearing the pigs. In 1988, Howard progressed to a larger U.K. grain farm, and in 2007 he and his son purchased a grain farm near Rivers, Manitoba. Howard was predeceased by parents, Sam and Gwendoline Hunt and brother Raymond Hunt. Howard will be lovingly remembered by his wife Josephine, daughter Sharon (Malcolm) Rawlings in the U.K., son Andrew (Donna) Hunt in Manitoba, grandchildren David and Christopher Rawlings, Lexie and Ethan Hunt, and brother Richard Hunt. Donations in memory of Howard may be made to the Alzheimer Society of Manitoba, 4B-457-9th Street, Brandon, MB, R7A 1K2. A Memorial Service will be held at St. James Anglican Church, 580 Columbia St, Rivers, Manitoba on Friday, August 26, 2022 at 2:00 p.m.