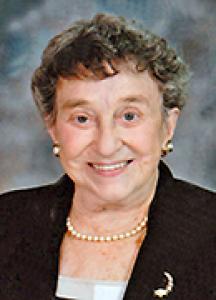 WALL: Anna Beatrice (nee Roberts) Wall passed away at her Valleyview Care Centre residence on Wednesday, August 10, 2022 just six days short of her 100th birthday. Her children and their families mourn her passing but celebrate with joy and gratitude her long, loving and productive life. Anna was born at the Roberts family home on 16th Street, Brandon, on August 16, 1922. Born to Francis (Frank) William Roberts and Margaret (nee Pue) Roberts, until her passing Anna was the last surviving member of the family. She was predeceased by her loving husband Walter Wall (2007): siblings and their spouses: Frances Milne-McKeown (Alex/Mac), Florence Daniels (Don), Dorothy Elston (Clay), Shirley Mitchell (Walter) and brother John, known as Jack (Eleanor). Surviving are her loving children: Darlene McCrae (Jim) and Randall Wall (Allison); nine grandchildren: Tara Taylor (Scot), Toby McCrae (Matthew Kreider), Nancy Yon (Robyn), Hollie Wells (Dustin), Candice Brown (Bart), Nigel Wall, Maggie Putnam (Michael Horowitz), Marley Wall (Matt Doyle) and Riley Wall. There are 17 great-grandchildren and many surviving nieces, nephews and extended family members. Anna Wall's life demonstrated all the characteristics and colour of a true trailblazer. As a pioneer for women's equality, a matriarch for our large family, a business, legal and community leader, sportswoman and a dedicated woman of faith, her example recalls a hundred stories or more of her vibrant and dynamic life, and how she influenced us all. The Great Depression and the war years helped define Anna's thinking, her way of living, her work ethic and especially her love and care for her family. As a child, she did without much of what we take for granted today, but her intelligence and resourcefulness allowed her to skip two grades in school and later to study and excel at business school, paving the way for her years in business, her work in the justice system, and her contributions to her church and community. Just months after their marriage March 27, 1943, Walter enlisted with the South Saskatchewan Regiment, leaving his young bride Anna on her own, like many other young women of the time. During that period she was employed at the Brandon Sun, ultimately becoming circulation manager. Walter's safe return from war was a joyous occasion, followed in 1947 by the birth of their first child, Darlene. Son Randy arrived 12 years later. Anna was known for her work, especially by juvenile offenders, as one of Manitoba's first female provincial magistrates, retiring in 1986. But she was also well known and appreciated for her generosity to family members and others. Always one to seize the moment and have a good time in life, Anna participated as a volunteer and board member in many community and church organizations and events, including curling, bowling and roller skating. During their 63 year marriage Anna and Walter often joined friends for nights out, socializing, playing cards and, in the summertime, making appearances on the dance floor at the barn dances at Sportsman's Park in Onanole, where they enjoyed their cabin. The couple also travelled widely. Despite an exceedingly busy life, Anna's husband, children, grandchildren and family members were the recipients of her greatest devotion. Those remaining will never forget her. The Wall and McCrae families wish to extend our heartfelt thanks to the dedicated staff team at Valleyview Care Centre, who for seven years provided support, friendship, respect and kindness to Anna. Your connection and service in her life will be remembered with much warmth and appreciation. A Celebration of Anna's Life will be held at First Baptist Church, 3881 Park Avenue, Brandon, Manitoba on Saturday, August 27, 2022 at 2:00 p.m. Interment at Brandon Cemetery will follow the service, reception at the church.