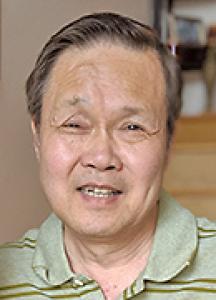 NGUYEN: An Van Nguyen, age 66 years, passed away on Thursday, June 16, 2022 at St Boniface Hospital, Winnipeg, Manitoba. A beloved husband and father, An Van is survived by his wife Lan Vuong; children Lien (David), Loan (Carlos) and John; grandchildren Bryson, Norah, Lana and Ana-Sofia; and his father Thuan. An Van was born in Vietnam in 1956. At a young age he had big dreams of being free, happy, and successful. Following the end of the Vietnam war, An Van and his wife fled by boat in 1978. They endured uncertainty, doubt, and fear after being attacked by pirates and in the Malaysian refugee camp. They were sponsored and arrived in Brandon, Manitoba on a cold winter day in November 1980. An Van was a dedicated and hard worker. He worked in a variety of jobs, as a dishwasher, janitor, and welder to provide for his family. He established a successful janitorial business, An Van Cleaning in 1985 and became property developer and manager of Van Properties. Eventually he was able to sponsor and reunite with his parents and siblings after years of separation. An Van was devoted to his family and God. He loved his family with his whole heart. He enjoyed traveling to Mexico and visiting his grandchildren. He was a spiritual man and involved in many church activities at St. Augustine's Parish, including the Knights of Columbus. An Van passed away suddenly from cardiovascular surgery complications. He was loved by many and will be deeply missed. He will be remembered for his exuberant smile and the joyful and faithful life he led. May we meet again in our Heavenly Kingdom. Mass of Christian Burial was held at St. Augustine's Roman Catholic Church on Saturday, June 25, 2022. An Van was laid to rest at the Brandon Cemetery.