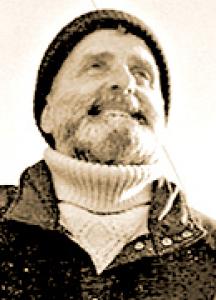 SNELL: Gordon served in the Royal Canadian Navy between 1943 and 1946. He saw active duty on the North Atlantic and received the Atlantic Star in recognition of his time in combat. He returned home to Osage, SK and enrolled in the agriculture program at the University of Saskatchewan. By 1949 he was married to the lovely Juanita Snell (nee Grummett) starting a family and farming his own land near Osage. A career change in the late 1950s saw him move the family, which had grown to four children, to the town of Osage Saskatchewan where he was postmaster, school bus driver and began his career as radio and television repairman. By 1961 the family of now five children moved to Neepawa where Gordon opened "Snell's TV and Radio, Sales, Repairs and Service." While in Neepawa a final child was added to the family. After a decade in the TV and Radio business, Gordon trained in his, very few, off hours to become a Stationary Engineer and, shortly after accepted a job with National Defense at CFB Shilo in Shilo, MB. He moved the family, to the city of Brandon in 1968. He finished his career as Chief Engineer at the Brandon Mental Health Centre, retiring in 1990. Gordon was a farmer to the core of his being and farmed as a hobby even after leaving farming as a livelihood. His time in the Navy instilled a lifelong love of sailing and he briefly owned a sailboat in Vancouver. Gordon's wife Juanita passed away in 1994 and Gordon's eldest son, Gordon Jr was predeceased in 2016. He is survived by each of his daughters and their husbands, including Linda and Ed Burridge (of Brandon, MB), Judy Snell and Stewart Brundridge (of Cobble Hill, BC), Susan Snell and William (Bill) Kynnersley (of Coquitlam, BC), Cynthia and Robert Hanwell (of Winnipeg, MB) and John and Selene Snell (of Calgary, AB). He is also survived by his grandchildren: James Hanwell (Courtney), Tegan Jasman (Matthew), Kelsey Snell, Emily Snell, Liam Snell and Maia Snell, and great-grandchildren, Alec Hanwell, Henry Hanwell and Noah Jasman. No public service is planned. Should you wish to express your condolences please do so by making a donation to Vets Canada in Gordon's name at
https://vetscanada.org/english/give-help#donateArea.