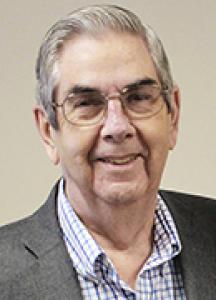 PIERCE: Murray Wayne passed away peacefully at home on Monday, September 05, 2022. He was born in Souris, Manitoba on May 29, 1944 to Dorothy (nee Naylor) and Duncan Pierce. They lived in Elgin, where he attended Elgin School, and the United Church and Sunday School. Murray left school at an early age and began his farming career, working with his father. He rented his first farmland when he was 18. He married Linda Fox, of Regent, in October 1964 and the following year they bought the home farm near Hartney, where they would live for 30 years. They were blessed with two daughters, Shawna in 1969 and Sherri in 1972. As their farming operation continued to grow, so did Murray's entrepreneurial spirit. Over the years, he enjoyed his involvement with a number of small businesses. In the early '90s, he bought Cosgrove Equipment in Brandon, and then later added another dealership, Agassiz Agricentre in Neepawa. After several years of driving back and forth every day, they sold the home farm and moved into Brandon. In the winter of 2001, Murray and Linda spent a few weeks in Arizona. While Murray had not been sure he would like it, he was surprised to find how well snowbird life suited him. It was the first of 21 winters they would spend in Arizona. One winter, he was invited to ride along on an organized Jeep trip through the Arizona desert and into the mountains. He was hooked and soon he bought the first of four desert Jeeps. Each one was a little tougher than the one before, so he was able to climb over bigger rocks on the old trails with each upgrade. He always enjoyed taking family and friends out to the hills. Murray felt lucky to have many good friends throughout his life. He enjoyed spending time with folks from back home, as well as making many new friendships, both in Brandon and Arizona. Cousins were considered friends and visits were always filled with laughter. He was a member of First Baptist Church and also belonged to the Brandon Kiwanis Club, spending many hours in coffee shops with his friends. Murray loved cars, especially those from the 50s and he worked on the restoration of several classic vehicles. He was a member of the Memory Lane Car Club and was proud to enter his favourite project, the red and white 1953 Meteor, into car shows in Brandon. Murray is survived by his loving wife and best friend, Linda; daughters Shawna and her husband, Ken Munro, and Sherri and her partner, Stuart Croall; grandsons, Ryker Munro (Hannah Dayholos), Tommy Croall, Bennett Croall and Albert Erickson; and brother-in-law Terry and Dianne Fox and their family. He was predeceased by his parents Duncan and Dorothy Pierce, parents-in-law Stewart and Elsa Fox, an infant brother and sister Donna and her husband Blaine Hale. Special thanks to Dr. Cram of Souris, and to the doctors and staff at CancerCare Manitoba, Brandon Regional Health Centre, Palliative Care, and Home Care for all the concern and compassion shown to Murray and our family during his illness. Thanks also to the Emergency Responders who treated us with such respect and gentle kindness; we will always be grateful. Thanks to Greg Hildebrand and staff at Memories Chapel, as well as Pastor Andrew Lortie, Harold Nightingale, and Ron Winters at First Baptist Church for arranging and delivering a very meaningful service. We have been overwhelmed by the support we've received from our family and friends and truly appreciate all the prayers, phone calls, visits, cards, condolences, food and beautiful floral arrangements, as well as donations made in Murray's memory. We have been touched by the comments and stories shared since his passing and are grateful to all who have been part of his life and ours.